Some members believe Kiska clearly violated the law while others are criticising the committee for acting outside of its jurisdiction. 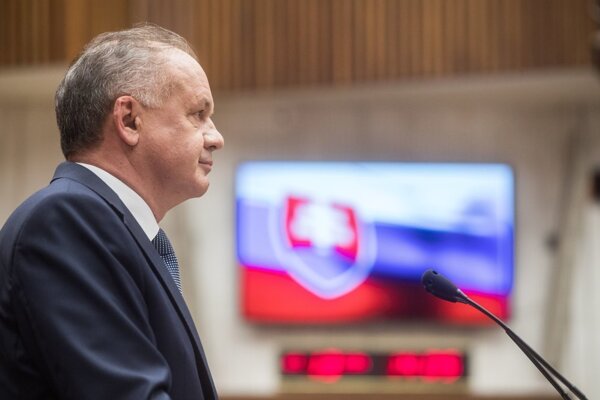 Slovak President Andrej Kiska violated the law, according to the vice-chair of the ruling Smer party, Juraj Blanár. The Smer MP who sits on the committee for incompatibility of functions told media after the committee’s session that it is obvious Kiska exceeded the limit candidates are allowed to use for election campaigns. He added, as quoted by the SITA newswire, that the committee asked the Financial Administration (FA) to find out whether the president’s company KTAG gave the resources to Kiska as a gift, or resulted from his financial obligation towards the firm. Regardless, the funds were not stated in Kiska’s property return when they should have been.

“The Finance Ministry will get the motion with the file […] and it is up to the ministry to evaluate whether this deed has been time-barred, or not,” Puci said.

Kiska’s office reacted by claiming that the Finance Ministry already checked on the whole election campaign once, and this is mere political interest of the Smer party. The president’s spokesman, Roman Krpelan, added for SITA that the committee acted unlawfully, and on the political order of Smer. "The Finance Ministry already checked the election campaign of Andrej Kiska in the lawful deadline, in 2014, and found no flaws,” Krpelan noted.

The Finance Ministry informed SITA that it will deal with the motion, as they have not checked on the campaigns of individual candidates; they only received documents on incomes and expenses and they were not obliged to check on data stated in the documents, the ministry stated in a press release for SITA.

Chairman of the committee for incompatibility of functions, Vladimír Sloboda (Freedom and Solidarity-SaS), thinks that the committee is not authorised to evaluate any election campaign.

“The committee deals with property returns of public officials,” he explained for SITA. “It is clear who financed the presidential campaign of Andrej Kiska, and to what amount. The election campaign falls under the remit of the Finance Ministry,” he summed up.

Campaign may be time-barred

MP Ondrej Dostál added that the violation of rules of the election campaign by Kiska is time-barred. “The Finance Ministry cannot do anything about it,” he noted.

Since September 2017, the committee for incompatibility of functions has been dealing with information concerning President Andrej Kiska’s election campaign to determine whether or not he violated law.

The move against Kiska was filed by the non-parliamentary party, New Parliament, chaired by unsuccessful presidential candidate Jozef Behýl, according to SITA. Earlier, Behýl said that the party field the motion against President Andrej Kiska due to justified suspicion he violated constitutional law on protection of public interest when executing the functions of a public official.