Measles continue spreading in the east

From the original source of infection, the village of Drahňov, the infected who violated quarantine rules have spread measles to other places. Six cases also involve medical staffers. 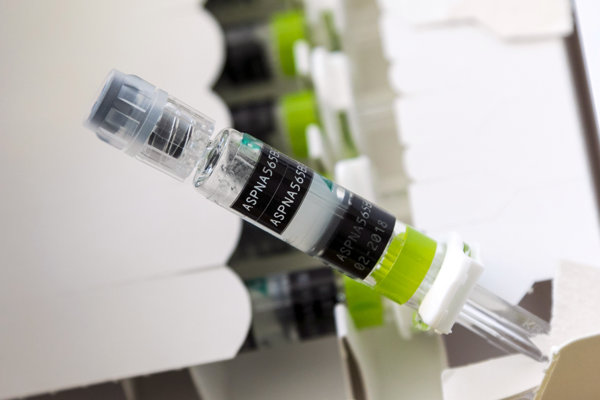 The number of patients sick with measles is still growing in the eastern Slovak area of lower Zemplín. By June 14, there were 38 cases of measles registered in the Michalovce and Sobrance districts, of which 17 are confirmed by laboratories, spokesperson of the Slovak Public Healthcare Office (ÚVZ), Daša Račková, told the TASR newswire.

“A total of 33 patients were hospitalised – all with clinical symptoms but without serious complications,” Račková said, as quoted by TASR.

Where do measles come from?

Of all the cases, three are imported, and six involve the medical staff of the Michalovce hospital. “All incidences have an epidemiological connection,” Račková added.

Most cases are registered with people aged 15 to 19 (13 cases); and the same number of patients are between 20 and 54 years of age. Twelve children between one and 14 years of age have been recorded as sick with the disease.

“The increase in measles’ cases in eastern Slovakia, despite the ordered anti-epidemic measures, can be ascribed also to those sick coming from poor hygienic living conditions in the Michalovce District,” Račková explained, adding that patients from this community are not responsible enough to continue anti-epidemic measures. She also mentioned previous epidemics earlier recorded in these population groups in eastern Slovakia, the Sme daily wrote.

By the morning of June 19, six patients were hospitalised in the infectious diseases’ ward of Michalovce hospital under suspicion of measles.

“So far, no serious complication in the course of the sickness has been recorded in patients,” Jana Fedáková, of the Svet Zdravia company that operates the hospital, told Sme. She added that since the beginning of June, three cases of measles have been confirmed in nurses working the infectious diseases’ ward. “All of them have recuperated from the sickness and returned to work,” she mentioned, as cited by the daily. Two other nurses (one from radiology and the other from the paediatric ward) and a doctor of the infectious diseases’ ward are awaiting the results of laboratory tests.

Fedáková pointed out that in the Michalovce hospital, strict measures are in effect to protect patients, as well as employees. So far, more than 600 medical staffers of the hospital have been vaccinated against measles, she told Sme.

They must receive mandatory vaccination, the Pravda daily wrote – or else take compulsory days off.

Disclaimer: Svet Zdravia is owned by the Penta financial group, which is a minority shareholder of Petit Press, the co-owner of The Slovak Spectator.