Observation tower is going up over Bojnice

Tower should be open for visitors in a few weeks. 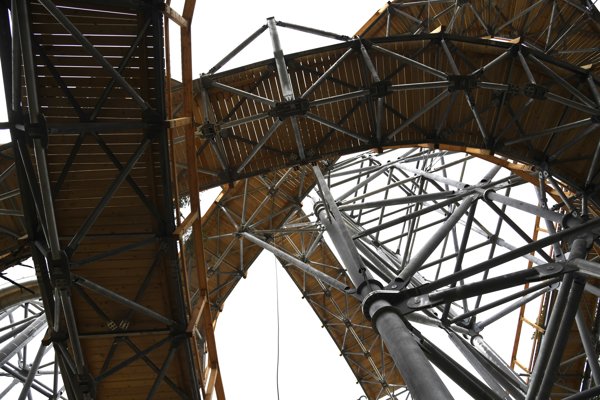 A new, 30 metre-high observation tower is going up over Bojnice. It will be accessible for tourists this summer season. The investor took its inspiration from the Moravia region of the Czech Republic where a similar construction stands.

“It is a technically challenging investment not often seen in tourist centres,” said managing director of Bojnice spa, Slavomír Eliáš, as quoted by the TASR newswire.

This tower is unique because of the steel construction and wooden bridge with an ascent of 6 percent. There is one climbing frame and one slide, added Eliáš. It is possible to see Bojnice Castle, the town of Prievidza and surroundings from the tower.

“It will help to reach the aim of making tourists stay several nights instead of several hours,” noted Eliáš, as cited by TASR. 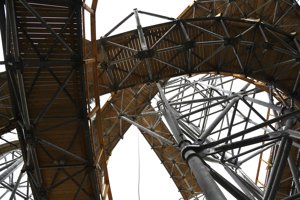 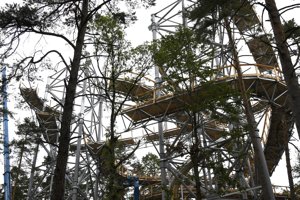 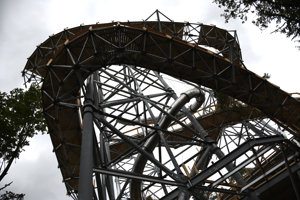 The observation tower is 30 metres high, but the original plan counted on 60 metres. Preservationists did not agree.

“We call this the first phase and we will do everything to meet the agreement of Preservation Office,” said managing director of spas for TASR.

The costs for building the tower are more than two million euros. The supplier, a company from the Czech Republic, should complete construction by August 1; however, as Eliáš said for RTVS, they are ready to open in three weeks.

Four or five trees were cut down due to the construction. New infrastructure will be apart of the project.

The spa built above Bojnice in the past have to be closed due to vandals. It will reopen when observation tower is finished and looked after by a security service.