Oncology register will get an update after 10 years

Screening, prevention and registering of incidences can help reduce risk of cancer – which is supposed to become the most frequent cause of death in a few years. HPV vaccination to be introduced has provoked protest emails. 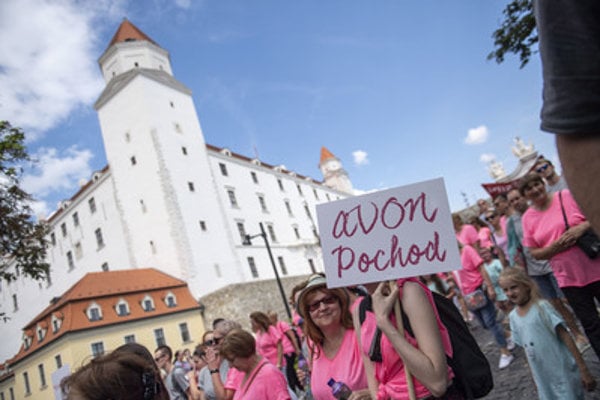 Health Minister Andrea Kálavska (Smer nominee) said on June 19 that her ministry would again update the register starting this autumn. It should contain complete data sometime next year.

Then we should finally know the precise number of cancer patients, which is important for doctors to diagnose the disease in its early stage and efficiently treat it, oncologist Jozef Šuvada told Sme, adding that now, cardiovascular diseases are the top killers but the global trend shows cancer will prevail.

The National Oncology Program should help reduce the number of oncology patients.

“The main task in the long run is to reduce the number of new cases, better diagnosis, earlier therapy, better care after oncology treatment,” Kalavská said. The ministry is also launching the Year of Prevention project, which will inform people about their options.

The core idea is that from this autumn, three screenings – for breast, cervical and colon cancer – should help detect the disease in early stages, Špánik said, as quoted by Sme.

Precise statistics can help, too, the doctor said. He added that currently, hospitals and doctors do not report them, despite being obliged by law. Experts suggested that fines or rewards – of €30 – should help.

According to data available, in 2014 almost 14,000 Slovak inhabitants died of cancer. The speed at which new cases appear has been increasing in the hundreds to thousands of cases a year, Špánik told the daily.

Until 64 years of age, women are more prone to cancer; but after 64, men beat them, according to the oncology register data from 2008. With men, colon cancer is most frequent, but they die of lung cancer more since it is usually detected in later stages. The third most-frequent type is prostate cancer. Women are most plagued by breast cancer, followed by cervical, ovary and colon cancer.

Since autumn, the Health Ministry plans to introduce regular (usually biennial) screenings. Currently, the participation is around 30 percent, according to the minister, but invitations to screenings should help this – by increasing the rate to at least 50 percent.

The vaccination against human papilloma virus (HPV) should help as well. Beginning in 2019, girls and boys aged 13 can get free vaccination, Kalavksá noted. She added, however, that a massive anti-vaccination campaign has already started, involving hundreds of emails – mostly fighting against the compulsory vaccination.

The Minister assured, as quoted by Sme, that the HPV vaccination will not be compulsory at all.