The director believes that the corruption surrounding the forests owned by the Church is more perverted even than that surrounding State-owned woodland. 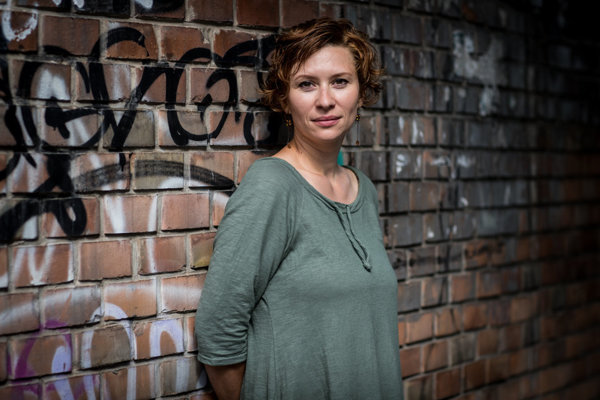 Jana Bucka’s documentary, Biomasaker (Biomassacre) from the cycle White Crows – Heroes among Us, was recently broadcast by the public-service RTVS. The film describes the problems surrounding the logging of Slovakia’s forests, both state and church owned, and documents the experiences of White Crow award winner Ivan Cehelský, who spoke of intimidation after he reported the illegal fencing-off of a protected area to the police. She gave the following abridged interview for the Sme Daily:

Sme: When did you first hear about bark beetle?

Jana Bučka (JB): I like to read the news, from politics to culture to the environment and I noticed this issue a long time ago but I always thought it was some kind of pest which, once it hits a tree, is able to eat a whole forest until I met the environmentalists who are featured in my movie.

They opened my eyes, saying that the bark beetle can paradoxically act to our benefit. It was millions of years before we came along and suddenly it has become a problem? Today, it is often used as a pretence by those who have competences. They allow a whole forest to be logged because of only one bark-beetle infected tree and then they can make money on the wood.

JB: It involves using alternative sources of energy, specifically biomass. It sounds good. In reality, this is one of the biggest deceptions. In Slovakia, thermal power plants are mushrooming. The system is set up so that for one tonne of split wood, which we can imagine is one tree, the power plant gets allocated a subsidy of €70. Added to this is the profit stemming from the sale of energy. Thus, the law is currently such that the more trees you fell, the more money you make.

This is why wood is logged so wildly here - for state subsidies – i.e. for our money. We are damaging our own forests while paying for it through covertly increasing fees for energy. This is a monstrous paradox.

Sme: Are there any ways to prevent it?

JB: Forest-protection environmentalists from the Vlk (Wolf) civic association are following a strategy. They are approaching it from the top by pushing through a law in parliament to toughen the rules for burning biomass and also to re-set the control bodies, or in any event to stop state subsidies.

It failed to pass the last two times. Nine votes were always missing. The environmentalists are now trying again in June. I believe that our film will help a good change to happen – even if it only a tiny bit.

Sme: Can it be said who specifically gets rich from our wood?

JB: There are many names involved, mainly financial groups – like in all scandals. I chose as one of the common factors former environment minister Peter Žiga and his company Taper.

When he took the chair as state secretary for the Economy Ministry, its turnover increased suddenly several-fold. But we mostly focused on then-prime minister Robert Fico who – from his position – was able to change such things with one flip of his finger. This proves his typical populism, too.

Born in 1981 in Nitra, she graduated from the Department of Dramatic Theatre of the Academy of Performing Arts (DAMU) in Prague and the Documentary Film department of the Academy of Performing Arts (VŠMU) in Bratislava. She studied for one year at the RESAD (Real Escuela Superior de Arte Dramático) acting school in Madrid. Her documentary Biomasaker (Biomassacre) from the cycle White Crows – Heroes among Us was broadcast by the public-service RTVS in mid-June.

Sme: White Crow Ivan Cehelský pointed to the huge game-park which was enclosed by a fence almost twenty kilometres long in the landscape park/protected area of the Strážovské Vrchy mountain range. What is this case about?

JB: Top businessman, probably with connections in the Prosecutor’s Office, Ľubomír Harvánek, owns a game-park in which Ivan Gašparovič (ex-president) and other top politicians go hunting.

I don’t know how people with money but without any respect for nature think, but he probably thought that the Strážovské Vrchy were beautiful and he could establish a game-park there.

He had a pretence – breeding Carpathian deer – and he managed this without anyone making an Environmental Impact Assessment which is required by law. Associate Professor Hell from Nitra suggested this and also approved it – which is absurd as a matter of fact.

Finally, he built a fence seventeen-and-a-half kilometres long, preventing access for some of the land owners there.

This reminds me of the communist-era practices of expropriation which is horrifying to us now. With this fence, he halted the natural migration of wild animals, and fenced off the streams where they used to drink.

Sme: In the film you say that afterwards, strange things started happening to Ivan Cehelský.

JB: First, someone broke the windows of his house in Považská Bystrica. Then, his wooden blockhouse, which he had been building on his own for many years, was burnt down. His family had photos there, furniture inherited from grandparents, things that were very important from an emotional point of view.

The police declared it to be deliberate arson and witnesses testified that strange people came over several days to watch the place. Later, someone broke into his house in Považská Bystrica and turned all the taps on. This meant a whole year's worth of water was used and caused ruined furniture, carpets, walls, parquet floors, kitchen. They now cook on a temporary boiling plate. Ivan is very modest and meek. He used to commute to Austria for work, to earn some money for the repairs. Up to now, he has been very active and hard-working.

Sme: What happened to his car?

JB: Someone sprayed it with a chemical substance which repels wild animals. He drove to the railway station on his way to visit the dentist. Everything seemed to smell badly.He even called the police to report that the whole town smelt, trying to solve the problem, poor guy. His son – whom he drove to school – was later sent home to wash himself immediately, and the conductress on the train wanted Ivan to get off, as he was so smelly. Only then did he realise that he had been the source of the smell the wholetime. For me, this is a strongly humiliating image. The car cables were corroded by the chemical substance they used and started burning while he was driving.

Sme. Someone wanted to hurt him physically, too?