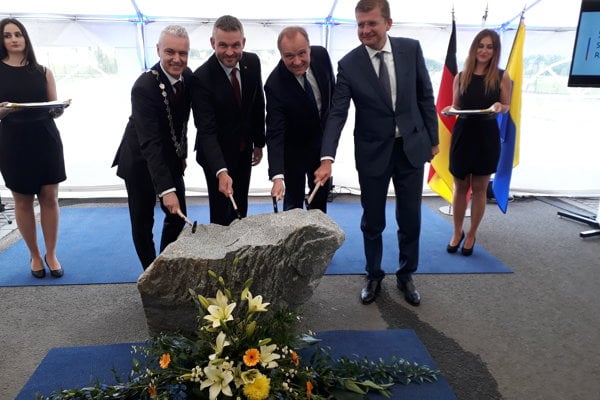 A new investor is heading to Kežmarok in northern Slovakia, bringing in 500 jobs, including 100 positions in research and development. Kežmarok along with the neighbouring districts of Sabinov and Levoča belong to the least developed districts of this region.

“We tapped the foundation stone of a very significant investment here in Kežmarok, which has been ranked among the least developed districts for a long time,” said Pellegrini, as cited by the TASR newswire. “I am not only pleased by the fact that it will bring assembly jobs, but also some 100 positions in the field of research and development, which is in line with our new policy of supporting investments with higher added value.”

Mubea plans to invest over €50 million in the district while it has asked for state financial aid of almost €15 million. The cabinet will decide on the investment aid for the company itself, as well as on investment activities for the municipality related to the completion of the Kežmarok Industrial Park.

The cabinet will assist Kežmarok with a subsidy of some €2 million. The subsidy will go towards construction work related to a road relocation and the adjustment of a railway crossing in the aforementioned industrial park.

Pellegrini believes that not only people from the district of Kežmarok, but also from the surrounding region will find jobs there. The unemployment rate in the Kežmarok district amounted to almost 15 percent this April. The Slovak average employment rate is above 5 percent.

Swiss company Mubea Engineering AG is engaged in producing car components. The Kežmarok plant should launch production in the first half of 2019. In 2025, when it is expected to run to its full capacity, the plant should annually produce 24 million stabiliser bars and 30 million car clamps. All production will be exported to other EU countries.