The recent case results in 6 people charged and 12 suspended. 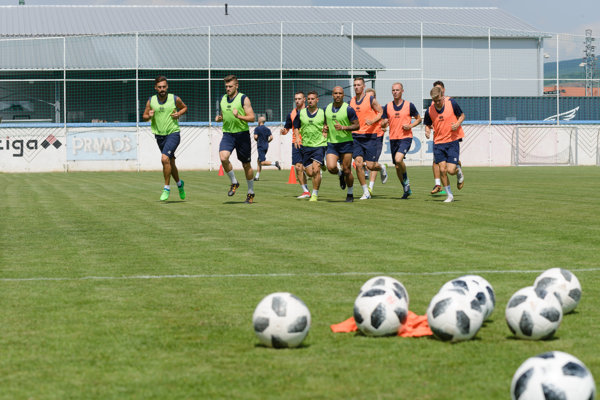 A further six cases of rigging the matches played in the last three seasons were disclosed June 26 by the head of the Slovak Football Association (SFZ), Ján Kováčik.

“We want you to believe us that when we have evidence, we will not sweep these cases under the rug and pretend that nothing has happened,” he said, as quoted by the Sme daily, adding that Slovak football is no different than the rest of society.

In this case, players of Teplička nad Váhom, Rimavská Sobota, Zlaté Moravce and Bardejov are suspected of a match-rigging scheme. Zlaté Moravce is the only club from these that plays in Fortuna Liga, the first Slovak football (i.e. soccer) league.

Police have detained six Ukrainians living in Slovakia who have been at the core of an organised group. They have been charged with the crime of sports corruption.

Betting mafia is behind the rigging

They were allegedlz influencing matches in favour of a betting mafia, according to the SFZ football integrity manager Peter Dedík. The sums amounted to thousands of euros and the rigging included the number of goals scored or of corner kicks.

The case has been investigated for almost two years, the motion coming from the UEFA. Moreover, the SFZ suspended the activity of 12 people – 11 players and one coach, all of whom face the possibility of a life-long ban from football activities. Moreover, more charges can be brought forward in the case, Dedík admitted as cited by Sme.

If a football player has a low salary or does not receive it at all, it is easy to yield to temptation to make some extra money, Ivan Hodúr, a former Slovak national player previously involved in match-rigging for the Dunajská Streda club, told Sme recently.

“Everyone needs money for a living,” he argues. “If you don’t receive a salary for some time, or if you just hear promises all the time that it will arrive, it is difficult.”