The first Umbrella Street in Bratislava attracts both tourists and locals

It is inspired by Slovak motifs. 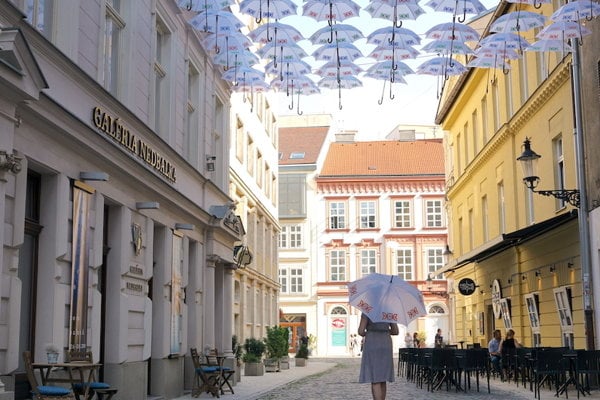 The Gallery Nedbalka together with its partners has opened an Umbrella Street in Bratislava. This art installation is an historic first for the city and is part of the Urban Art Festival which will last until the end of September.

Umbrella Street appeared for the first time in the Portuguese town of Agueda as part of the Ágitagueda festival. This colourful phenomenon then later appeared in Romania, Great Britain, Germany, Spain, Korea and other countries.

“This is a summer hit that never gets boring and has now premiered in Bratislava,” said the director of the Nedbalka Gallery, Lucia Gunišová Pavuková, as quoted by the SITA newswire.

Bratislava’s Umbrella Street is inspired by the beautiful criss-cross embroidery from Vajnory and by the painting by Ľudovít Fulla that is on show in the Nedbalka Gallery.

The Embroideries were designed on the theme of Tomáš Kompánik who mapped all the embroideries of the Bratislava region in his book.

“We have worked on this project for three years and now we see the beautiful result,” said the co-founder and owner of the gallery, Miloslava Pašková, in a quote from the press release. 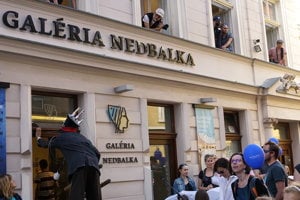 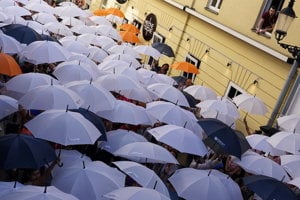 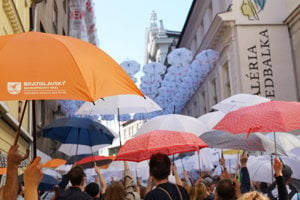 Thank you for singing up. Shortly an email will be sent to the address you provided to verify your e-mail.
Error! Please try to register again later, your e-mail was not registered.
Your email is not in a correct format.
Please confirm you are not a robot.
Share on Facebook (172)Comments disabled