Jamie Cullum: I would come to Pohoda myself, just for fun

The second day of Pohoda was rainy in the night. 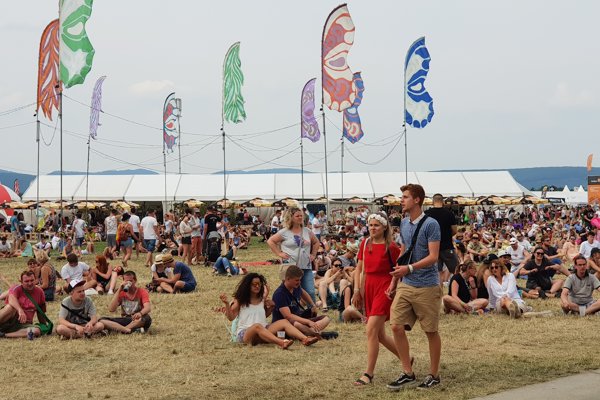 Friday at the Pohoda festival continued in the spirit of freedom. Tent townlets were coming alive from the early morning, giving the impression that some people had not slept at all.

The weather was muggy all day. The organizers had warned that storms might come in the late afternoon. Luckily, they avoided the airport but at about 8 pm it started to rain. The weather influenced the performance of British jazz-musician Jamie Cullum.

He was one of the main headliners for Friday night. Masses of people were standing near the main stage getting wet through, seeming not to care at all and enjoying a great concert.

“It really surprised me how well they knew the music that I was playing. I did not anticipate such a great crowd,” Jamie Cullum recalls the first time he was in Slovakia.

He noted that he likes Pohoda a lot.

“This is the festival I would come to myself, just for fun ,” he said at the press conference.

The main stage on Friday night belonged almost entirely to British musicians, starting with Scouting for girls, Blossoms and as already mentioned Jamie Cullum, with Jessie Ware and Fink on the other stage.

One hour before midnight, the American musician St. Vincent took over the main stage giving a great show. She is in Slovakia for the first time and the Pohoda crowd made her feel welcome.

Shortly after 11 pm it started to rain again more heavily causing several people to change their plans. Many were brushing their teeth near the main stage and dancing to St. Vincent's music at the same time.

“I am always very curious when I come to a country for the first time. I have to tune into the vibrations but I had a feeling this would be great,” she said before the concert.

Pussy Riot performed later in the night, having taken part in a discussion session at noon. 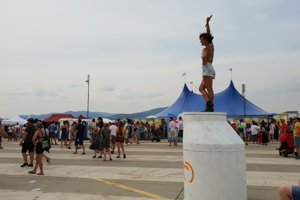 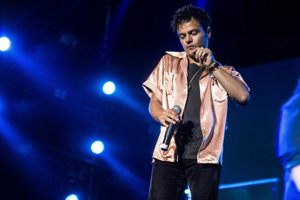