Half a million people attended the Levoča pilgrimage at the weekend

The traditional event has seen an increased interest not just in mass but also in confession. 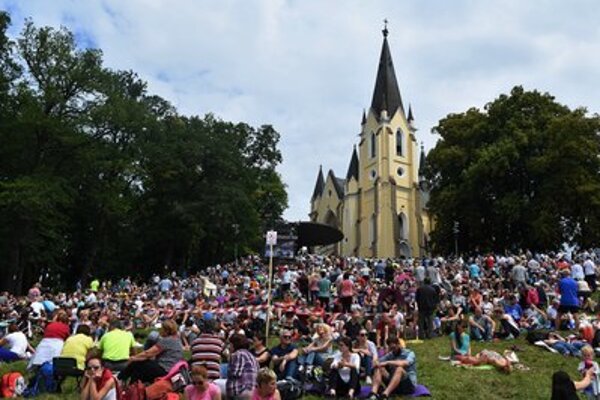 Last weekend around 500,000 people attended the annual multi-day pilgrimage marking the Feast of Visitation of Our Lady (July 2) on Marian Hill in Levoča (Prešov Region), co-organiser of the pilgrimage Jozef Lapšanský told the TASR newswire.

The main mass for the pilgrimage (July 1-8) on Sunday, July 8, celebrated by Cardinal Gerhard Ludwig Mueller, Prefect Emeritus of the Congregation for the Doctrine of the Faith, was also attended by Prime Minister Peter Pellegrini, several national and local officials and a relatively large group of pilgrims from Romania. The Prime Minister joked that he has the pilgrimage encoded in his name (Pellegrini means Pilgrims in Italian, ed. note).

Hatred not the goal

“Our trademark isn’t the vainglory of reason, the aggressive sale of our ideology, the removal of those who think differently, hatred, incitement to destruction or machismo,” the Gemran Cardinal noted in his sermon. “We aren’t ashamed of our devotion having the features of a female spouse.” 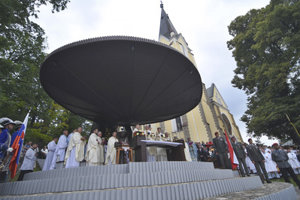 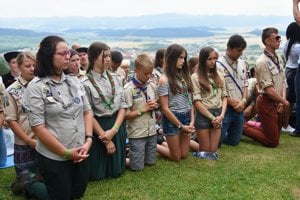 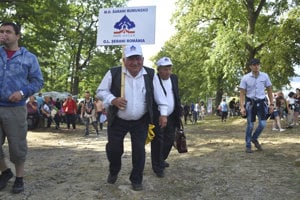 Many people came to Levoča actually on foot or riding bikes over dozens of kilometres, while the priests witnessed an enormous amount of interest not only in mass, but also confession, according to Lapšanský. Also very popular was the July 8 midnight Holy Mass attended mainly by young believers and priests.

A bit of Marian history

A chapel has existed on Marian Hill since at least the 13th century, when the location was used as a refuge by the people of Levoča during the Tatar invasions. In the 15th century, the chapel was rebuilt as a gothic church, dedicated to the Visitation of Our Lady, before undergoing a baroque reconstruction in the 18th century and another in the early 20th century. Pope John Paul II upgraded the church to a Basilica Minor in 1984 and he himself visited the site in 1995 with 650,000 people in attendance.

In his sermon, Mueller noted that the Christian optimism of salvation is rooted in the Catholic worship of the Virgin Mary. He focused mainly on her as in his view, she plays a crucial role in one’s relationship with God.