Thousands of households and businesses left without electric power in the aftermath. 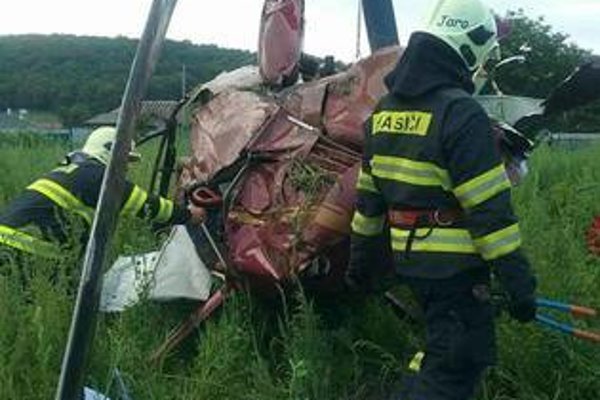 The helicopter crashed in the middle of a village on July 7. (Source: SITA)
Font size:A-|A+1

A local businessman was killed when the small civilian helicopter he was piloting crashed in a field near the village of Veľký Šariš (Prešov Region) shortly before 19:00 on July 7, the operational centre of the Fire and Rescue Corps in Prešov told the TASR newswire.

“It was discovered at the crash scene that the helicopter probably got snagged on [electrical] wires and this resulted in its fall,” Katarina Križanová, spokesperson of the Presidium of the Fire and Rescue Corps said for TASR.

Only the pilot, a businessman aged 63 from Prešov, was on board the two-seater helicopter, according to the regional police.

As many as 55,000 households and companies in eastern Slovakia experienced a blackout that evening, the newswire wrote.

The Východoslovenská Distribučná electricity utility reported the next day that it had re-established electricity supplies for all customers in the affected areas of Prešov, Bardejov, Svidník and Stropkov by midnight.

The helicopter was a Robinson R44 Raven I type, the regional newspaper Korzár Prešov wrote, adding that the four-seater helicopter fell in the middle of a village, a few metres from a family house. 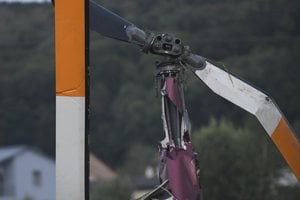 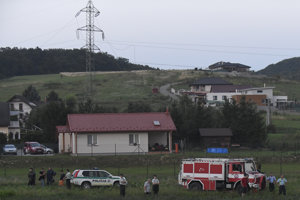 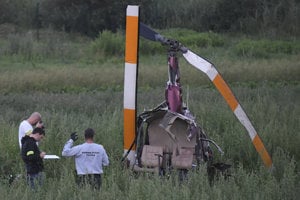 A Robinson R44 Raven I helicopter crashed in a borough of Veľký Šariš on July 7, killing the pilot. (5 photos)

The paper also identified the victim as Marián Troliga who got his pilot license three years ago and used the helicopter mostly for business travel.

Troliga (aged 63) owned the Troliga Bus company which produces buses, exchanges spare parts and has a plant to produce spare parts for cars in Veľký Krtíš. He employed around 450 people.

Casualty: “Everyone should leave something behind after their death”

The man killed in the crash planned to build a new ice stadium in Prešov and to re-engage with the local ice-hockey club, with the vision of taking it to the top, to the Extra-League (Extraliga).

In his last interview, published after his death, he told the My Prešovské Noviny regional newspaper that he viewed the new ice stadium as “an investment of the heart”. The facility was slated to be completed by the end of this year at the Prečov housing estate Sídlisko III and apart from the ice-rink and a viewpoint with about 500 seats, it would have also included a parking lot with 140 places. The budget was planned at €4 million.

“Everyone should leave something behind them after their death,” he said in that interview, adding that he saw the future in young people but they do not do enough sport nowadays and lack sports facilities. He added that the third biggest city in Slovakia (i.e. Prešov) could play in the Extra-league and this was a vision he had focused on, My Prešovské Noviny wrote. It also reported that his son, Tomáš, is a professional ice-hockey player.