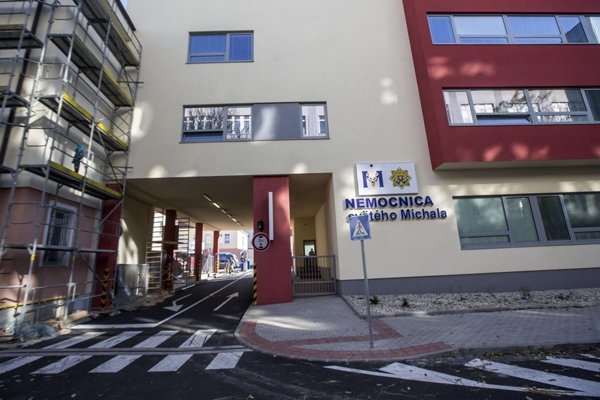 The Interior Ministry has filed a lawsuit against the Public Procurement Office (ÚVO) as it does agree with the results of the audit ÚVO conducted on a €1.6 million tender for catering at the ministry’s St Michael Hospital. ÚVO confirmed 13 violations of the law, six of which may have impacted the tender results and one that definitely impacted them.

It was the Stop Corruption Foundation think tank that had pointed to non-transparent procurement in St Michal Hospital. This involved a tender for the purchase of the complex medical equipment of the hospital as well as a tender for the catering of patients and employees. The latter was won by the DKT System company, the same company that had won the €23 million tender to purchase the medical equipment of the hospital. ÚVO confirmed flaws in this tender too.

In terms of the tender for catering, the foundation points out that the violation of the law, which did affect the public procurement result, pertained to the key part of public procurement – criteria for the evaluation of offers.

The ministry refuses the findings of ÚVO in the catering tender, alleging the office did not act in compliance with the law. It points to deadlines, in which ÚVO acted at odds with the law, the TASR newswire reported.

The hospital received the announcement about the start of the audit on January 31, 2017 and thus the deadline for the elaboration of the protocol was May 3, 2017. But ÚVO elaborated the protocol only on June 12, 2017, i.e. 42 days after the legal deadline.

“As a consequence the ÚVO’s verdict, the protocol as well as the following report are at odds with the law,” claims the ministry.

The ministry responded to the protocol in July 2017 and ÚVO responded only on May 9, 2018, requiring further response from the hospital.

After the audit, ÚVO confirmed that the principle of transparency and equal handling was not kept during the public procurement. It claims, among other things, that the contract subject was not described fairly in the tender documents, that the technical requirements do not secure equal access for all applicants and that they do not secure fair competition. Further, rules not supporting fair competition were set for the evaluation of the criteria.