After 18 years, former leader of a Košice-based gang could leave prison on parole. However, the prosecutor has appealed this decision. 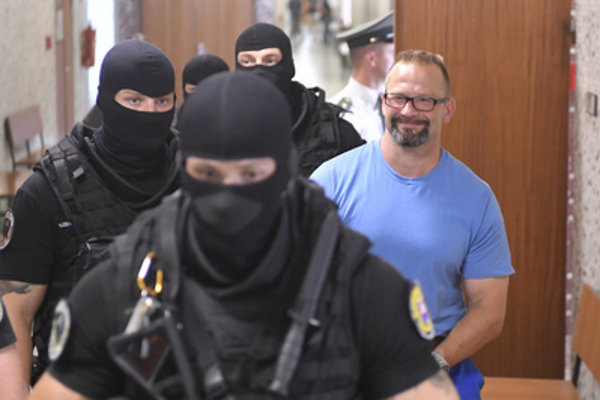 The ex-gang leader has spent 18 years of his 23-year sentence behind bars, for being an accomplice to two murders, and for ordering a third one. However, as the prosecutor has filed an appeal, the case has been forwarded to the Košice Regional Court. He will thus remain in jail for the time being unless the appellate court confirms the ruling, the Sme daily wrote.

Borža filed for parole for the third time, while he withdrew his previous two applications, claiming that he regrets his former criminal activities, wanting to lead a decent life, get a job in England and devote time to his daughter and girlfriend. His parole is of the maximum duration allowed by law – seven years, thus exceeding his sentence still to be served by two years.

Why did the judge decide to free him?

The judge who ruled on his release argued that the Maják Nádeje (Lighthouse of Hope) civic association has guaranteed his flawless behaviour, and he also received a good assessment from the prison, stressing his responsibility as the head of his cell, his non-aggressive and non-dominant relations with other prisoners, as well as his self-study of economics and the fact that he has been writing a book. Psychological expertise also confirmed, as quoted by Sme, that his physical and verbal aggressiveness does not exceed the norms; and that he is able to integrate into society. Thus, the continuation of the prison sentence would not have a fundamental impact on his further re-education.

The ex-gang memeber himself claims that he regrets his former criminal activities; and he also pointed to his good behaviour in prison. “I certainly want to lead a productive and honest life,” he told the court, as quoted by the TASR newswire. He added that after his release he plans to land a job in England with the aid of an acquaintance.

“The court took into account the fact that the convict has changed for the better, and despite the fact that his is a personality with anti-social traits, he has the capacity to feel guilt, he doesn’t condone his criminal history and entertains leading a different life,” the judge noted. “The risk of repeated criminal activity isn’t high, provided that he stabilises his private life with a relationship,” she claimed, adding that the criminal group of which Borža was part no longer exists, with most of its members now dead.

“It was a hard decision, since what he had done in the past was detestable. For that, he received a summary sentence of 23 years,“ the judge recalled, adding that he has the right to be free and a chance to rise up from the bottom. She said public opinion is not in his favour but the court considers his behaviour, his stances and the fact that he allegedly feels remorse.

Borženský was sentenced in 2001 as the accomplice in two murder cases, in which other Mafia members – Ján Kromka and Karol Kolárik – were killed. Later, he was to be tried for ordering a third murder, that of Kosovar Albanian Fadil Pasjača from 2000, yet he struck a plea bargain with the special prosecutor, and in March 2018, the Košice I District Court approved it and decided not to punish him for that as he had already received an exceptional sentence for the two previous murders.

... and the future ahead

Borženský said, as cited by Sme, that he wants to focus on his daughter and his girlfriend, and added that he would also like to help in Maják Nádeje.

Borža’s daughter Simona commented on the verdict that she was surprised but added that she had believed firmly, and they finally succeeded. First they will go on holiday to the Canary Islands, she noted. As for the prosecutor, she deems him biased in a way.

“After his release, father will go abroad,” Simona revealed for the daily. I don’t know what he will do there, it’s up to him. I will follow him anywhere, be it to the end of the world.”

Now they have to wait for the decision of the regional court.