Cult Bratislava clubs: Who owns them and how are they doing?

Not all clubs have survived as long as the Subclub or Unique. 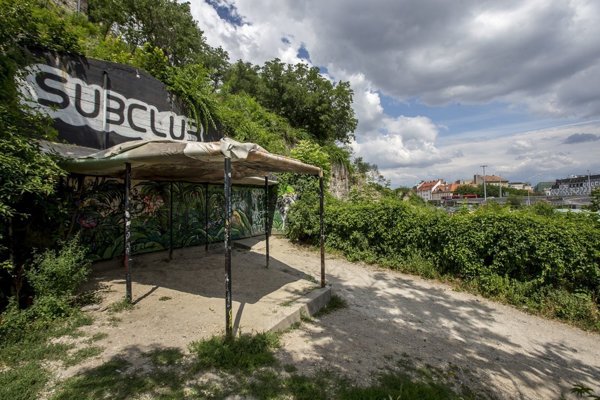 Every Friday and Saturday night sees a crowded city; crowded clubs, long queues in front of them to pay for admission, long queues at the bars. A shot of vodka costs six euros, a glass of wine five, mineral water is more expensive than spirits.

Noisy music, light effects, now and then a bit more of a cultural programme, then people take to the night streets for a kebab or pizza on the corner, looking for a taxi to go home.

The Slovak capital attracts thousands of people – from teenagers to foreign tourists – to its nightclubs, especially in the summer. Bratislava has plenty of them: you only have to walk from Obchodná Street through Michael’s Gate to Hviezdoslavovo Square to find them and new ones keep mushrooming but only a fraction survive long enough to become cult venues.

There are a few clubs in the capital which have been operating for many years. Some had a break, some were forced to change their name or concept. Which are the cult or popular clubs in Bratislava, how are they doing and who is really behind them?

One of the most frequented clubs in the capital lies in a former anti-nuclear bunker on the Danube embankment, under Bratislava Castle. It was first opened in 1993 under the name the U.Club and was commonly known as Účko. It is popular mostly because of the electronic music, techno and drum’n’bass that feature here. It underwent reconstruction in 2005 and changed its name to Subclub.

The legendary bar situated in the basement of the Kyjev Hotel in Kamenné Square was re-opened last year, after a six year break. The new operator is Martin Petrus, who worked for the development company Lordship, the current owner of the hotel. After he agreed with the hotel’s owners upon the rental of the bar, he launched its restoration. The underground club is furnished in the style of the 1970s and most of the original furniture was preserved. The music and programmes are focused mostly on retro and old favourites.

The Partymaker company, the official operator of this club, announced revenues of more than €260,000 for 2017, and a profit of €143,000, according to the analytical website Finstat.sk. The firm also operates a business that sells bar fittings and accessories and so the accounting is not just about the Luna Bar.

The club in the Podunajské Biskupice borough, in Rebarborová Street, has had a break between January and July for renovation. When it does open its doors, people do not seem to mind travelling outside of the centre to have fun. It has been operating for more than 20 years and in the past, the ex-minister of transport, Ján Počiatek, was involved in the ownership behind the scenes. This club mainly attracts the fans of harder music and motorbikes but the programme is varied and also includes disco and striptease. The Harley Saloon’s operator last year reported revenues of more than €430,000, but ended up with a loss of over €8,000.