Slovakia to buy F-16 fighter jets. What is wrong with the ministry's analysis?

The Defence Ministry persuaded the government that the American offer is better than the Swedish, but analysts are not convinced. 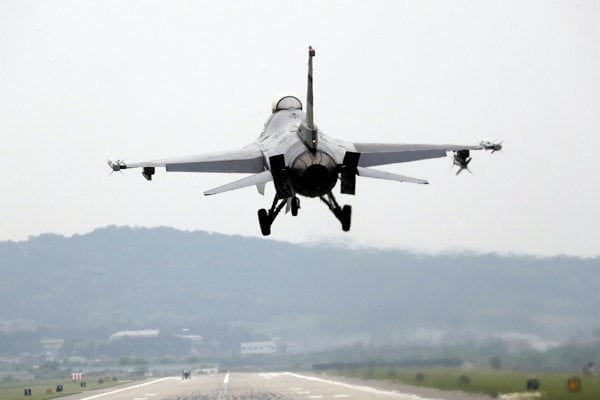 The biggest army purchase since the emergence of independent Slovakia for over two billion euros in the end sailed through the government without much time for comments, and with many doubts among the professional public.

Defence Minister Peter Gajdoš of the Slovak National Party (SNS) promised greater transparency in this case than his department applied in the purchase of the military transporters, but at the end of the day his promise was in vain.

The much-expected public part of the analysis of the two main offers, the American F-16 and the Swedish Gripen, was published only 12 hours before the session of the Security Council. The council, and subsequently the ruling cabinet, in the end passed the deal with the Americans, as recommended by Gajdoš and his ministry.

Slovakia will thus buy fourteen F-16 Block 70/72 plans. The ministry continues its silence about the price of the purchase.

The published analysis also touched upon the Russian offer of the new MiG-29 M/M2, but labelled it unrealistic due to geopolitical reasons.

“Based on thorough analyses we have selected the best solution, because these are top modern machines, having no competition regarding price, quality, and capabilities, as well as what we as a country can afford,” Gajdoš said.

He also managed to persuade the analysts of the Value for Money unit running under the Finance Ministry. They wrote in their evaluation report that the F-16 are 8-percent more advantageous compared to the Gripen.

Defence analysts have been saying that both offers were good, but that the F-16 were too expensive and exceeded the needs of the Slovak armed forces.

Security analyst Jaroslav Naď labelled the proposed document “a pseudoanalysis at the level of a below-average bachelor thesis.”

But the ruling coalition did not have many reservations. PM Peter Pellegrini originally suggested that he was not going to be pressed into making a quick decision, but in the end approved the deal. Defence Ministry State Secretary Róbert Ondrejcsák of Most-Híd said he relied on the professional authority of the experts, including the air force commander.

“They say that the capabilities and the usability of the F-16 exceed the Gripen,” he said.

The Sme daily brought an overview of points that harm the trustworthiness of the published analysis.