Blog: Don’t leave Skalica without a bite of trdelník - like I did

Bright flowers, wholesome buildings, and impeccable streets; these are the first things I notice when I wander through the centre. 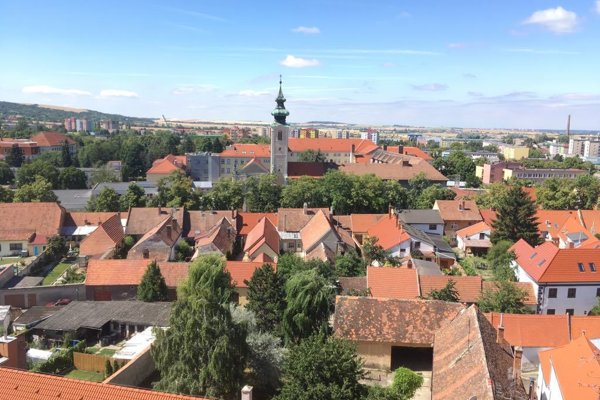 At the Bratislava train station, I hop on a train towards Kúty where I have three minutes to find my connection to Skalica. Water bottle and camera in tow, I prepare for my mad dash towards the next train at Kúty but when I arrive at the tiny station, where an even smaller train patiently awaits, I realize running is not necessary. I am, without a doubt, no longer in the capital.

The trip to Skalica is short and fairly amusing. Every bump on the track vibrates beneath my feet while the scenery outside of the dusty window grows more green and lush. Soon enough, the train arrives in Skalica with a screeching halt and I follow a small throng of people off of the platform and into the city centre.

The Disney of Slovakia

Bright flowers, wholesome buildings, and impeccable streets; these are the first things I notice when I wander through the centre. Skalica bears a remarkable resemblance to all of those cute little hamlets you find in animated Disney films. The buildings stand in perfect lines with colourful, patterned faces that catch the sunlight just right. Jutting into the sky, the central cathedral is breathtaking, fit with a bell tower luxuriating in the beautiful view below. The town greenery is perfectly trim, the empty streets clear of trash. Everything is pleasant and precise. 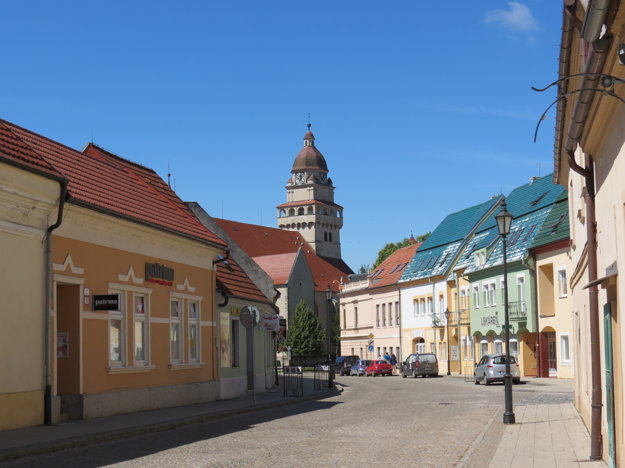 Inside the Parish Church of St. Michael on the main square, a friendly group of students give me a briefing of the church’s history. The interior, with 14 century origins, is gorgeous but I soon discover that the small city of Skalica has, in fact, many churches with equally-grand interiors. When I ask locals what I should see in Skalica, their responses are usually the same: “We have many churches”.

As I climb back down from the bell tower, a familiar and completely out-of-place song lures me back outside. My ears do not deceive me; someone is indeed singing “Born to Be Wild” as I tour around a 14th century church.

Biking for a better world

My day in Skalica proves to be an amusingly musical one as acapella groups, disco cover bands, and Snow White takes to the stage to celebrate Káčer na Bicykli. The event is organised by Peter Káčer, a cyclist with polio cerebral palsy who does all he can to help others through charity rides. During this event, many cyclists, some of whom have disabilities, cycle around the town, raising money for those in difficult life situations that can’t help themselves.

As you can imagine, the atmosphere is joyous and inspirational during the event. In fact, on my brief walk around the central square, I collect a lanyard, flag, and inflatable noise machine to cheer on the riders as they circle Old Town. Parents, children, and disabled riders move as one around and around the centre, displaying a beautiful picture of togetherness. The celebratory feeling surrounding the day is infectious so I sit in the central park for a long time, watching the riders pass by while a group of young men in medieval costumes practice duelling with wooden swords.

Rotunda is the main landmark

From the centre, I venture over to St. Juraj’s (St. George’s) Rotunda, arguably one of Skalica’s most famous symbols. The beautiful stone building stands in solitude in an elevated field, peaking above the picturesque border of Old Town. Built in the medieval times when Skalica enjoyed the privileges of a Free Royal Town, the rotunda served as a private church. Today, the stout, lopsided, and seemingly wise St. Juraj’s Rotunda is a must-see attraction and the perfect place to learn more about Skalica’s history. 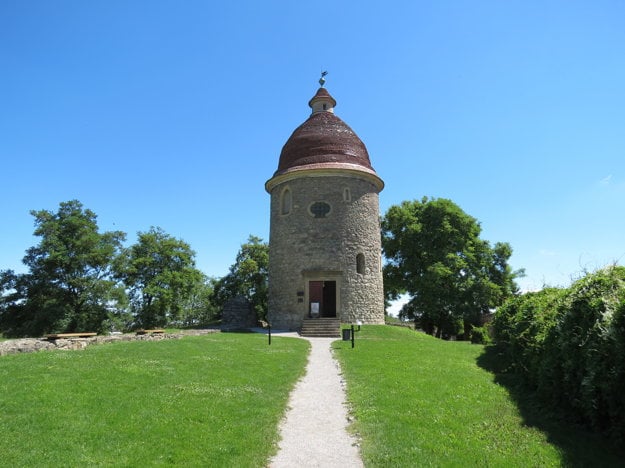 Just opposite of the rotunda is a field of crosses, known as the Calvary. Calvary, currently the highest point in Skalica, was first built in 1703-1710 by the monastic order of Jesuits. It consisted of three crosses and statues honouring the Virgin Mary, Mary Magdalene, and St. John. Later, fourteen other stone stations with crosses were built in 1817.

With a beautiful view of Skalica framed by tall crosses, Calvary is an important part of town and enjoyed by tourists and locals alike.

In theory, a trip to Skalica is not complete without a taste of Skalický trdelník, the warm, delicious spit cake that can be smelt a mile away. However, by the time I reach the trdenlík stand, it’s sadly closed but I manage to recover from this crushing blow with a kinder egg gelato, paired perfectly with some reading in the park.

After I see all I can of Skalica and read in time with the Slovak children singing “Hakuna Matata” on stage, I head toward the train station around four only to realize that the train to Kúty left fifteen minutes ago. Now, I have to wait another two hours to catch the next one. The station attendant watches me with amusement during his smoke breaks as I plop down on another bench and read the next two hours away. Strangely enough, time goes by quickly in this small town, the dynamic beauty of it dissolving any need to look at the clock.

The journey back to Bratislava is quick and painless and when I get off the train at the main station, I promise myself to make the trip again soon - this time with a proper tasting of trdelník.

This article was created with the support of Železničná Spoločnosť Slovensko (ZSSK) who provided the author with return train tickets from Bratislava to Skalica. 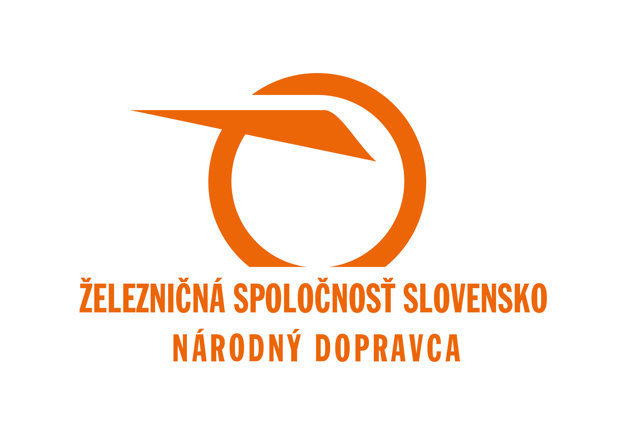