French investigative film-maker, Laurent Richard, says that journalists in Malta and Slovakia should not feel alone. Freedom of the press is the base for democracy. 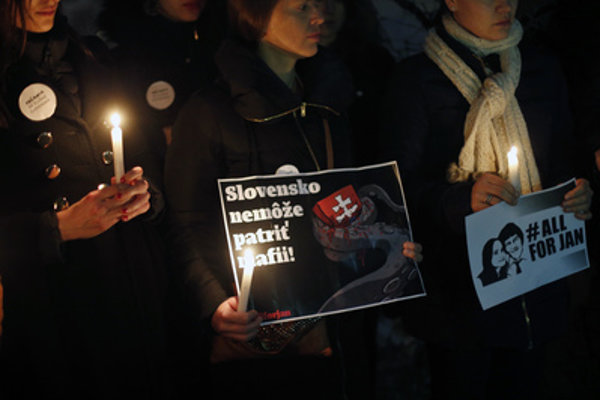 A hearing on the investigations into the murders of Maltese journalist Daphne Caruana-Galizia and Slovak reporter Ján Kuciak and his fiancée Martina Kušnírová was conducted at a session of the European Parliament’s Committee for Civic Liberties, Justice and Home Affairs on July 11, with the Rule of Law Monitoring Group chair, Sophie in ’t Veld, in attendance. She expressed her concerns over the inadequate progress in both investigations, the TASR newswire wrote.

“The reason we’re here is our concern over the fact that nothing has yet been investigated in Malta or Slovakia. We see no results,” in ’t Veld told the media.

Also present was the Slovak Police Corps' First Vice-president, Jana Maškarová, who reassured committee members that they “can trust the police and rest assured that the investigation is objective” without any external interference.

MEP for the ruling Slovak party, Smer, Monika Smolková, voiced her disappointment in the fact that “only ten” MEPs attended the session, four of them Slovak.

“On the other hand, I’m also glad because we had representatives from Europol, the FBI and Eurojust present and they reassured us that the investigation in Slovakia is being conducted under their supervision and is independent,” she claimed, as quoted by TASR.

MEP Branislav Škripek of the opposition OĽaNO party stated that the MEPs did not get the answers to several questions they had posed, and it remained unclear as to how the investigation was developing. The investigation has stalled, according to him, and the case needs to be kept in the public eye. The protests should continue and the people should ask for specific changes.

Aside from the MEPs, the session was also attended by journalists. Czech reporter Pavla Holcová (who cooperated with Kuciak) and Slovak Matúš David discussed the political situation, the slander and the attacks faced by journalists in their home countries.

The prosecutor of the Special Prosecutor’s Office (ÚŠP) who is overseeing the investigation of the murder of journalist Ján Kuciak, attended the hearing together with Maškarová. According to the ÚŠP spokesperson, Jana Tökölyová, the prosecutor informed the MEPs about the course and the state of the ongoing criminal investigation to the extent defined by the legal order of the Slovak Republic.

“He assured them that extraordinary attention is being paid to the acts performed in this criminal case on the territory of the Slovak Republic as well as abroad and that the investigation is being carried out independently of any influence,” Tökölyová said, as cited by the SITA newswire. “The sole interest of the law enforcement bodies is to detect as soon as possible and to convict the perpetrators of this brutal crime.”

The prosecutor is prevented by the Criminal Procedure Code from providing information to the public, so the extent of the information made available in this matter is limited.

Laurent Richard, French investigative filmmaker and CEO of the Daphne Project initiative led by the Forbidden Stories group, said that in his view it is important for journalists in Malta and Slovakia to know they are not alone. It is crucial to mutually help each other and to cooperate, he said, according to TASR, adding that freedom of the press is the base for democracy.