Unlike other VW plants in Slovakia, they do not receive compensation benefit for transport and accommodation.

Employees of Volkswagen Slovakia’s (VW SK) plant in Martin (Žilina Region) are filing a legal action against the VW SK management, saying that it discriminates against employees at the Martin-based factory by not paying them compensation benefits for transport and accommodation. This monthly benefit of €30, paid out from January 2018, is part of the collective agreement for 2017-2019 that applies to all Volkswagen Slovakia employees. The carmaker is paying out the benefits in Bratislava and Stupava, Zoroslav Smolinský specified for the Sme daily.

“The entitlement resulting from the collective agreement currently in force applies to all Volkswagen employees equally, regardless of the workplace of the VW employees,” said Jolana Julkeová, vice-chair of the Modern Trade Union Volkswagen, as cited by the TASR newswire. “This behaviour by the employer not only grossly violates the collective agreement obligations but creates discriminative and unambiguously unacceptable differences between Volkswagen employees.”

The Modern Trade Union Volkswagen has therefore prepared, in collaboration with employees in the Martin factory, the materials necessary to file a mass action against the company management. It was submitted to the Bratislava III District Court on Friday, July 13. 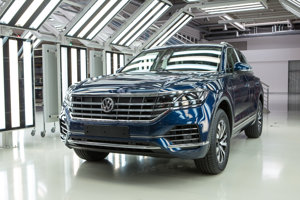 As the file has not yet been delivered to the company, VW SK did not want to comment on it.

“We fully respect the right of the trade unions to represent their members and employees of the company by all legal means.” reads the statement by VW SK’s management provided to TASR. “We continue to consider the respective matter a subject of negotiation with an aim to mainatining the long-term prospects of the company as well as jobs for our co-workers.”

Volkswagen Slovakia stresses that it pays an average monthly salary of €1,854 to all its workers, including those in the Martin-based factory, which is almost double the average salary in Slovakia. Since January 1, 2018, salaries have risen by 4.7 percent, with a further rise in pay of 4.1 percent due in November. In addition, staff receive the 13th and 14th salary and a number of financial and non-financial benefits.