Mlynské Nivy Street will be transformed into a modern boulevard by the autumn of 2019. 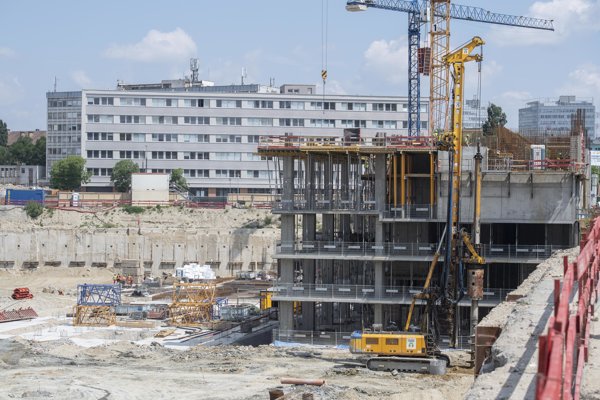 The re-build of one of the busiest roads in Bratislava – Mlynské Nivy, is affecting traffic in the city centre. As of Monday, July 16, the organisation of the road network as well as the routes of some public transport buses changed. The project is part of the construction of a brand new bus station built by the developer HB Reavis.

“Because it is now the holiday season and traffic in the city is lighter, we are launching the works at the Mlynské Nivy – Karadžičova crossroads,” the developer announced, adding that this is a necessary part of building of an underground roundabout. 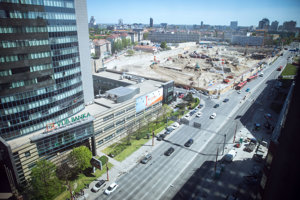 The number 50 bus now goes directly from Košická Street to the Appolo Bridge where it re-joins its original route.

The number 70 goes from the Novohradská stop to Košická Street, Landererova Street and Dostojevského Rad Street. Here it re-joins it original route.

The 88 bus , going from the SNP Bridge, goes from the Twin City stop, along Mlynské Nivy Street, Košická Street and then to the Apollo Bridge. Here it re-joins its original route towards the SNP Bridge.

The changes in the road network will last until the autumn, the developer claims.

HB Reavis launched a thorough re-build of Mlynské Nivy for €24 million in May. The project is divided into several phases and the street itself will be not closed during the work. The initial phases should be completed during this autumn. The new boulevard should be complete by the autumn of 2019.