When moving the inhabitants of a dilapidated block of flats downtown, the Sabinov authorities ignored the factual state and moved all Roma to a segregated, distant locality while non-Roma received replacement accommodation elsewhere. 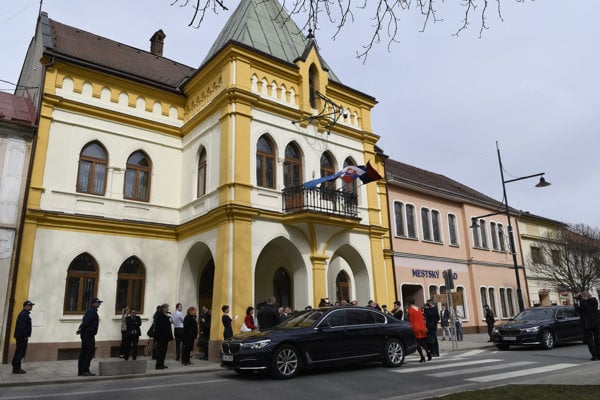 After ten years, the Via Iuris civic association had its opinion confirmed: after the events of 2006, they indicated to the discrimination of Roma when relocating tenants of the municipal housing from downtown Sabinov (a town in eastern Slovakia) to the outskirts, a locality one kilometre away from the next developed area.

The Roma, unlike non-Roma, were moved out regardless of whether they had previously paid rent or not, and whether they were deemed poorly adaptable, the Plus Jeden Deň daily wrote on July 14. As a replacement for their homes that urgently needed repairs, they were also offered alternative accommodation in a different neighbourhood, which only deepened their exclusion and marginalisation. Non-Roma from the same block were moved to a different location.

After a protracted 10-year trial, the Prešov Regional Court ruled that the town of Sabinov and the (now non-existent) Construction Ministry discriminated against Roma. The court assigned to each of the eight complainants a financial redress of €1,000, the TASR newswire wrote.

What happened a decade ago?

The Roma lived in several houses owned by the town council in the centre of Sabinov. Since June 2006, they were all gradually moved out to lower standard flats in the Telek locality, which lies about one kilometre from the last dwellings, Via Iuris wrote in a press release, adding that Sabinov terminated the rental relation due to the necessary repairs of flats. As the town authorities were obliged to offer them adequate housing, it built new flats at a lower standard, with the help of the Construction Ministry’s subsidy.

According to some documents, the Telek development was meant for “bad payers” and “inadaptable persons”; but still other documents suggest that they were marked as “Roma flats”. Thus, all Roma were moved there, regardless of their payment discipline or way of life.

The unequal stance of Sabinov has shown, Via Iuris argues, as cited by TASR, when the last group of Roma to be moved out of the centre to Telek procured legal aid from the Prešov Regional Office of the Office of Government Proxy for Roma Communities and were offered flats outside of Telek.

“The Prešov Regional Court identified with the verdict of the district court, which stated that despite the town declaring a social integration program for the Roma, the manner in which the Roma from Námestie Slobody (Freed Square) were moved out meant their segregation,” the NGO explains in its statement.

The court found that the Construction Ministry acted in a discriminatory manner, too, Via Iuris claims. Its duty was to analyse the application for a subsidy and thus prevent all possible consequences of the project, which would meet international commitments stemming from a ban on discrimination.

“This is a verdict of a unprecedented importance that should for once considerably influence the rules for granting state subsidies, and secure the meeting of international commitments and domestic regulations for rendering accommodation so that no discrimination occurs,” Via Iuris' Kristína Babiaková, who represented the Roma in court, told TASR.

“The regional court…ruled that in 2005 the Transport and Construction Ministry should have scrutinised the subsidy project filed by the town of Sabinov more in detail, as already in the very process of filing the subsidy application the risk of segregation might have been identified,” ministry spokesperson, Zuzana Viciaňová, said for TASR. “The Transport and Construction Ministry fully respects the verdict of the Prešov Regional Court, and will fulfil all its obligations stemming from it.”

The town of Sabinov commented that it respects the effective verdict of the regional court, but the town’s lawyer Lukáš Janig opined for TASR that it had not behaved at variance with the principle of equal treatment and that it had not discriminated.

“The ethnic origin was no criterion for the moving out,” Janiga explained. “All tenants regardless of their national or ethnic origin were 'moved out' due to the disastrous technical condition of the original flats, and this was inevitable for the sake of the protection of their lives, health and property, as well as to preserve the material substance of the flats, moving them to better conditions.” The lawyer opined that the new rental flats in Telek have substantially improved the quality of living of each of the complainants. He did not explain, however, why non-Roma were treated in a different way and with a different result. He summed up that the town opines that the principle of equal treatment in rendering goods and services regarding access to accommodation has not been violated by the town of Sabinov.