How rock music helped bring down the totalitarian regime

A new film shows that Rock & Roll, forbidden in the Soviet Union, helped to end the Cold War. 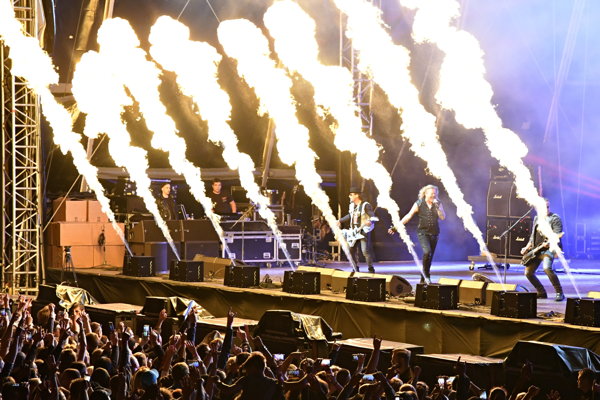 I follow the Moskva down to Gorky Park listening to the wind of change. Who would not recognize the lyrics that come after the famous whistling in the beginning of legendary song by Scorpions? While today it is so easy to find and play a song online or buy it, it was not always like that, especially with the rock music on the eastern side behind the Iron Curtain.

"Rock & Roll was certainly a contributing factor to ending the Cold War," said American president Jimmy Carter in the film Free to Rock. The film is a documentary showing how Rock & Roll spread like an uncontrollable virus across Eastern Europe despite Communist attempts to outlaw it.

Rock & Roll became a symbol of freedom in the former Soviet Union, the film shows. That was also the reason why it was forbidden. Men with long hair, the name of a rock band on T-shirt, electric musical instruments or songs in English were not allowed. An unpleasant examination was only the easiest form of punishment that could follow. As the rockers said in the film, they were often chased and beaten.

Behind the Iron Curtain people’s first contract with Rock & Roll was usually through the crackly sound of a radio while trying to catch something from the West.

“We did not know what it was, we did not know what they were saying but it sounded like freedom,” said film producer Douglas Yeager, paraphrasing the answer of musicians from the Soviet Union on the question of their first contact with rock music. Yeager came to present the movie at the Pohoda festival.

Later even the Soviet Union understood that it is not possible to stop the music completely, so it started to invite foreign rock stars play concerts. The Beach Boys was the first band ever to perform behind the Iron Curtain.

The Beach Boys had recorded a series of broadcasts for Czech youth through Voice of America, to let the youth know they were coming.

They performed in Prague only a few months after the Warsaw pact army invaded Czechoslovakia in August of 1968. There is no documentation explaining why the Czech government allowed the band to perform in the country.

“It was one of the most memorable moments in our lives. As you’re landing, you’re looking out one side (of the plane) and, “Oh! My God!” There are all these Russian tanks! Then the other side, “Oh! My God!” All these Russian fighter jets! And that’s how you land,” said Mike Love of The Beach Boys in the film. He added that it was a major intimidation.

During the performance they dedicated the song “Breakaway” to Alexander Dubček, a Slovak politician who had introduced the Socialism with a Human Face programme. The audience responded with enthusiastic applause.

Did the foreign artists performing in Czechoslovakia as well as other countries like Russia, Poland, Hungary, Romania, Bulgaria and Baltic states know what their music meant for citizens?

“American artists definitely did. They came to spread freedom,” opined Yeager, adding that musicians often invested their own money to come and play. 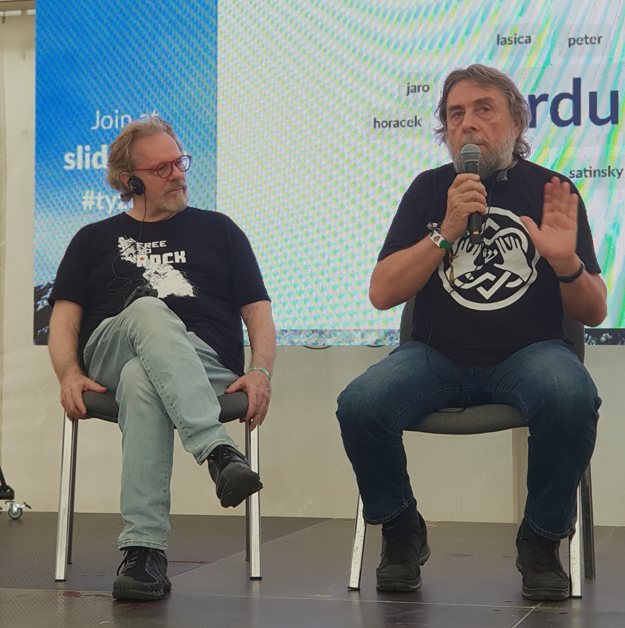 Ladislav Snopko, the former Minister of Culture after the revolution, helped with the organization of various cultural events in Bratislava. One of them was Bratislavská Lýra. From the beginning, there was not such strong censorship, he opined.

“The communists attempted to catch the attention of the young generation,” he said at Pohoda.

After that first concert by The Beach Boys, many other concerts took place in Czechoslovakia. Twenty years later, in July 1989 shortly before the Velvet Revolution, Joan Baez was invited to perform in Bratislava.

After several songs, she interrupted her concert to say a few words. She spoke Slovak while holding a piece of paper with a prepared speech.

“I would like to dedicate this song to Charter 77.” This one sentence provoked such big applause that she could not continue immediately. She also greeted Václav Havel, artist and one of the critics of the then regime who founded Charter 77, the document signed as a requirement to release Vratislav Brabenec, singer of the Czechoslovak band Plastic People of the Universe, which was considered as enemy of the regime.

Then Joan Baez invited Ivan Hoffman to the stage, a songwriter who swung between socialist prison and regular performances. He started to play the guitar and sing the song “Don’t Tell Me,” where he sings that he does not want to be told to speak out loud by people who smashed the faces of those who were silent.

He did not have time to finish the song. As Snopko recalls, the director of the concert ordered the soundman to unplug the sound. He did so and the audience became angry, booing and whistling. Hoffman left the stage as Baez thanked him. She took the microphone and started to sing with just her voice and guitar. Slovak TV was broadcasting live.

“That was the first moment of the coming revolution,” Snopko recalled.

Joan Baez returned to Slovakia in March of this year. However, she did not find Slovakia to be under a pleasant atmosphere. She watched the For a Decent Slovakia protests and decided to sing the Slovak national anthem with Juraj Benetin.

“Music illustrates the life of every young generation, it fills it and does not step away in serious situations when a decision is necessary,” summed up Snopko.