Where can you find a Dubai-like toboggan in Slovakia?

The biggest toboggan in Europe lies under the Tatras. 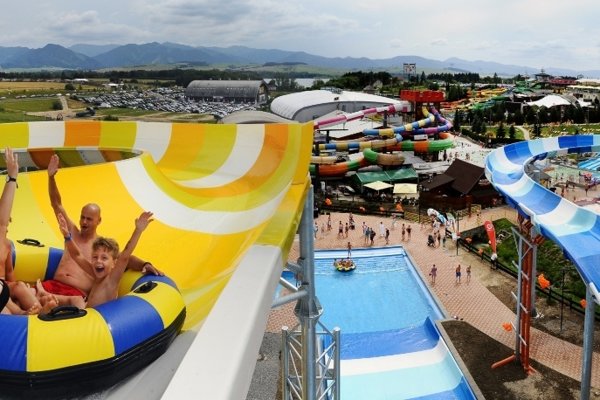 Two giant toboggans opened in Aquapark Tatralandia. One of the large-capacity toboggans, named Delphin, is the first of its kind and the biggest turbulence toboggan in Europe. The toboggan opened on the occasion of the 15th birthday of the Tatralandia Aquapark. 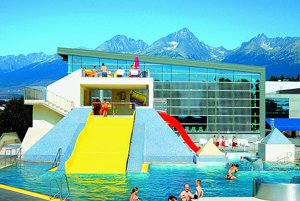 The blue Delphin toboggan is 17.16 metres high, the highest point of the roof being 22.16 metres, which could be compared with a 7-floor block of flats. Visitors may enjoy the steep descent followed by a ride back up thanks to a U-ramp. Movement backwards, followed by a smaller jump, crash and touch-down in a pool, ends the ride.

It is possible to reach acceleration from 0 to 50 kilometres per second. The toboggan is able to carry 1,440 people in an hour.

The second yellow-orange toboggan, called 4Family, allows you to enjoy fun and excitement while turning, twisting and sinking along with other family members in round 4-seat rafts. Part of the water slide is a raft lift.