The Foreign Ministry advises against visiting the peninsula while the Ukrainian ambassador warns they could be prevented from entering Ukraine in the future. 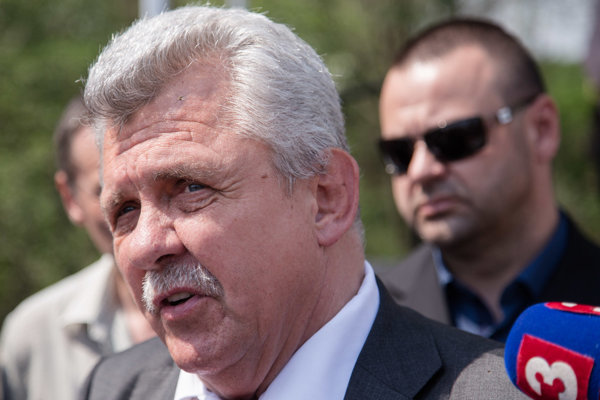 A group of Slovak MPs are set to visit Crimea at the beginning of August, and examine the situation there, the Sme daily wrote on July 19.

A 10-member delegation of MPs and entrepreneurs are planning the trip. MPs Peter Marček and Martina Šimkovičová (both non-affiliated) are the only known names among them. Marček, who is organising the trip, has refused to reveal names but claims they are going to check on the state of democracy and human rights in Crimea.

He suggested that Ukraine might be violating human rights, rather than Russia.

The Slovak Foreign Ministry pointed out that the country acknowledged the territorial integrity of Ukraine in its internationally agreed borders, including Crimea. Due to the current situation, the ministry does not recommend, as quoted by the daily, visiting the peninsula.

“People who visit Crimea without the permission of Ukrainian authorities, especially if they come from the territory of the Russian federation, must count on consequences from the Ukrainian side,” the Foreign Ministry wrote on July 10.

The delegation will very likely violate Ukrainian laws, according to Ukrainian Ambassador to Slovakia Yuriy Mushka. They will probably be banned from visiting Ukraine in the future, he said, as quoted by Sme.

Speaker of Parliament Andrej Danko of the junior coalition partner, the Slovak National Party (SNS), reacted angrily, saying the ambassador should not make threats and should know Ukrainian laws do not apply to Slovak citizens.

Marček has alleged that apart from independent MPs and businesspeople, some deputies of SNS and three MPs of the ruling party Smer are joining the trip, too. Head of Smer caucus, Martin Glváč, said, however, he knows nothing about this.

The other junior coalition party, Most-Híd, posted on Facebook a stance that dissuades its members from visiting Crimea, while pointing out that both the European Union and NATO, the foundation of Slovakia’s orientation in foreign policy, refuses the annexation of Crimea by Russia and stress the territorial integrity of Ukraine.

Moreover, MPs are not private persons and even in their free time, they represent their party and their country, Most-Híd summed up, strictly recommending its members not to join the journey.

Why is Crimea the bone of contention?

Russia annexed Crimea in spring 2014. Moscow first refused that Russian soldiers would come to the peninsula, and later admitted it was “soldiers off the service, on holiday”, Sme wrote. Most recently, in talks with US President Donald Trump, Russian President Vladimir Putin admitted that “we organised a referendum”, thus confessing, according to analysts, that Kremlin is behind the annexation.

Because of this step, the EU introduced sanctions against Russia, which are still in place.

Marček, who claims that Crimea has been Russian ever since while reminding that its attachment to Ukraine within the Soviet Union in 1964 cannot change that, suggested that those who want to know names of MPs going to Crimea can come to the Bratislava airport July 31 when they will be leaving. They fly to the peninsula via Moscow, Sme quoted him as having said.