The explosion of a healthcare centre in the Vrakuňa borough of the capital was probably caused by gas, but no official cause has been stated yet. 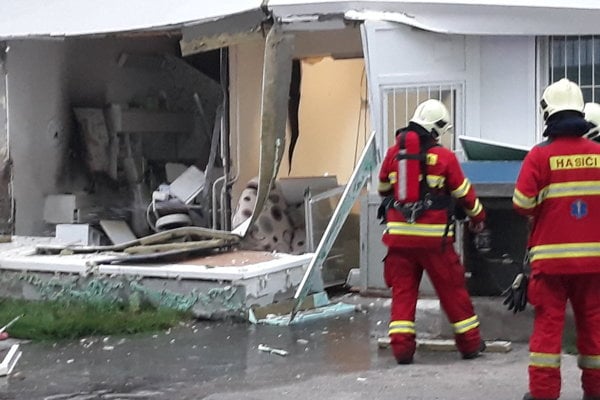 The medical centre in Vrakuňa, Bratislava, after the explosion. (Source: TASR)
Font size:A-|A+

The explosion on July 23, around 5:00, damaged the healthcare centre (i.e. surgeries of GPs and specialist doctors, etc.) in Bebravská Street in Vrkuňa, Bratislava.

It was probably caused by gas, but no official confirmation can be issued yet, the Sme daily wrote on that morning, citing the police.

No information so far has confirmed fire as the aftermath of the explosion. Some cars close to centre have been damaged, too. 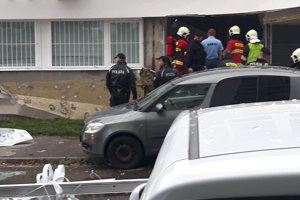 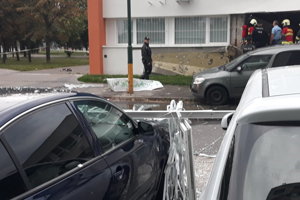 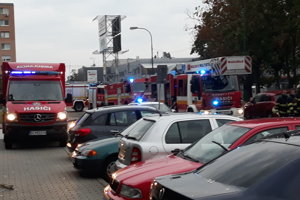 Fortunately, nobody was injured in the accident, and no evacuation was necessary, either.

A total of 23 firemen were dispatched to the site.

“This part of the building (i.e. the front façade which was hit most) was only finished two weeks ago,” mayor of the Vrakuňa borough, Martin Kuruc, told the TASR newswire.” “It seems, fortunately, that the structural statics have not been disrupted. After police end their work here, we will renovate the damaged part of the building one more time.”

Police have launched criminal prosecution against the unknown perpetrator(s) because of public threat. More detailed causes and circumstances are being investigated.

Several surgeries and service outlets in the building have cancelled today’s surgery and office hours.