The General Prosecutor’s Office should check whether the group poses a threat to Slovakia’s security and whether its existence is in violation of the country’s laws. 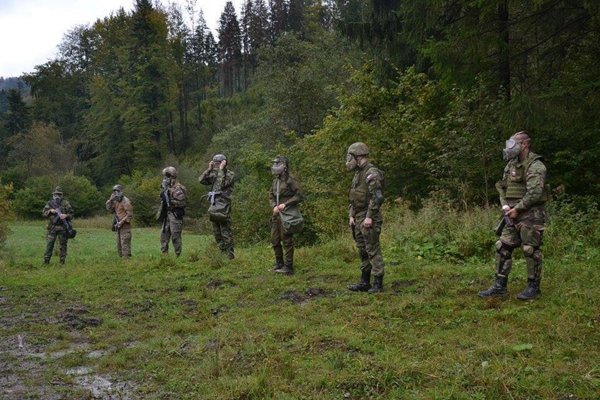 Defence Minister Peter Gajdoš (an SNS nominee) has filed a motion with the General Prosecutor’s Office to examine the activities of paramilitary group Slovenskí Branci (Slovak Levies). He asked the GP’s office to examine whether the organisation poses a threat to Slovakia’s security and whether its existence is in violation with the country’s laws or not. In addition, Gajdoš emphasised the Slovak Armed Forces’ position as the only legal military organisation in Slovakia, while rejecting the notion that someone “with an unclear aim is trying to militarise society and play at soldiers”.

“It shouldn’t be possible for a parallel military group that wants to substitute for the Armed Forces in their activities to operate here,” said Gajdoš at a press conference on Monday, July 23.

While condemning cooperation with organisations of this kind, the minister said that it seems that actual members of the Slovak Armed Forces who collaborate with Slovak Levies are not breaking any laws, so their supervisors cannot take action against them.

“However, that does not mean that we’ll let this slide in the future,” said Gajdoš. “What professional soldiers gain from their training shouldn’t be misused to train such paramilitary organisations.”

When the General Prosecutor’s Office releases a statement on its findings, the ministry will aim to resolve this situation, and look into how paramilitary organisations have gained access to military technology.

Also, as the paramilitary organisation uses military-style uniforms and several features similar to the Slovak Army, the Defence Ministry therefore wants to consider legal steps to regulate the use of symbols of the Armed Forces and clearly define it by law.

Representatives of the ministry also spoke about decommissioned military equipment located on a site in the village of Dolná Krupá, where the Russian motorcycle club Night Wolves founded their base.

“Sold military equipment must primarily be controlled by the Economy Ministry, which issues the appropriate licenses and without which it is not possible to sell defence equipment,” said Gajdoš, as cited by the SITA newswire.

The ministry has ordered an inspection of all military equipment that is currently in museums and also demands the return of the military equipment from the motorbike club complex, whereby it set the deadline at the end of August of this year.