At the time of the 50th anniversary of the Warsaw Pact occupation of Czechoslovakia, the motorcycle club is becoming active as part of Russian hybrid war, the call reads. 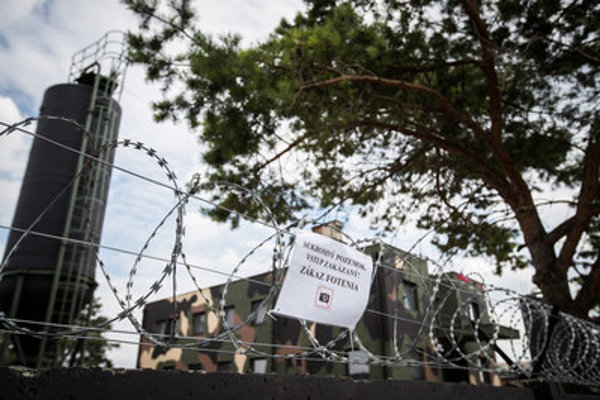 The complex in Dolná Krupá resembles a hidden military base rather than a museum of military history. (Source: Sme - Jozef Jakubčo)
Font size:A-|A+21

More than two hundred public figures have urged President Andrej Kiska, Speaker of Parliament Andrej Danko (SNS) and Prime Minister Peter Pellegrini (Smer) to take action against the Russian Night Wolves motorcycle gang, which has set up a base in the village of Dolná Krupá (Trnava Region, western Slovakia).

The public figures who signed the document find the activities of the Night Wolves in Slovakia scandalous.

“At the time of the 50th anniversary of the August occupation of Czechoslovakia by armies of the Warsaw Pact, the Russian motorcycle gang Night Wolves, which has been on the US sanctions list since 2014, is becoming active as part of a Russian hybrid war against the EU, NATO and Slovakia,” the call sent to media July 24 reads, as quoted by the TASR newswire. “Since the annexation of Crimea and the Russian invasion of Ukraine, the Night Wolves have been known in our country as [Russian President Vladimir] Putin’s paramilitary vanguard, with their leader Alexander Zaldostanov being banned from entering the EU as part of anti-Russian sanctions.”

Why are these activities dangerous?

The text also adds that Night Wolves are banned from entering Poland, but they are welcome in Slovakia under the veneer of innocuous motorbike rides and museum-related events.

“An arrangement emerged in Dolná Krupá that has no par among states of the Euro-Atlantic community, as (the plot owner) Jozef Hambálek allowed the Night Wolves to join his newly-founded civic association NV Európa and let others address him as the head of their 'European Headquarters'.”

A military zone has come into existence, the call suggests, one in which paramilitary organisation Slovak Levies can train with military equipment acquired under dubious circumstances without legal status, wrote the signatories, warning that this is taking place in the near vicinity of the Jaslovské Bohunice nuclear power plant.

The text also warns that Hambálek has ties to ex-interior minister Robert Kaliňák (the ruling Smer party) and controversial entrepreneur Ladislav Bašternák and demands to know why the Interior Ministry, headed by Kaliňák’s associate Denisa Saková (Smer, former state secretary), has failed to adopt an appropriate stance on the issue.

The signatories deem the Slovak-based activities of Russian bikers and Slovak paramilitary fanatics connected through the personality of Jozef Hambálek a scandal. They called on the top three constitutional officials to take all necessary steps to terminate the activities of the Night Wolves in Slovakia and deal with the unregistered organisation, Slovak Levies, which shares the Dolná Krupá complex with the Night Wolves, and cancel Hambálek’s “base” in Dolná Krupá, the signatories wrote in their statement. They also asked police and all prosecution bodies to investigate whether the law has not been violated in these groups’ activities. 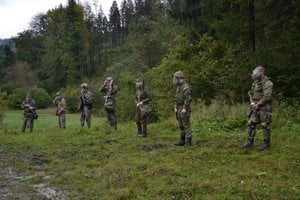