How much does moving cost? Prepare for hundreds of euros

Low prices of moving, starting from €100, are just bait, the price grows with surcharges. 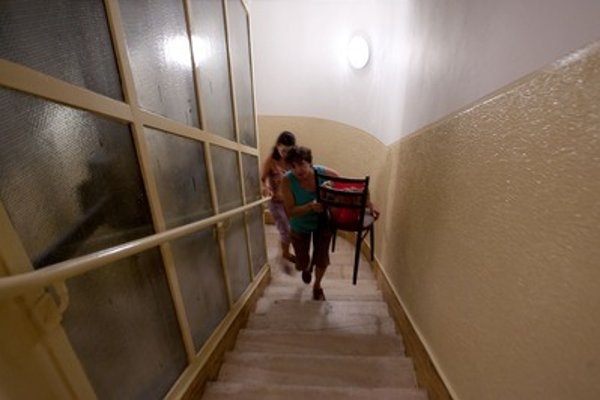 Moving on one’s own or with a company? (Source: Sme - Gabriel Kuchta)
Font size:A-|A+3

Roman Púchovský was moving from Senec (the town located about 30 kilometres from the capital) to Bratislava during four weekends on his own, with his family and a rented car. He did not order the services of a moving company for several reasons. First, he had a lot of time to vacate the flat. “That’s why I didn’t need professionals who would clear out my flat in half a day,” he explains.

He also disliked the idea of strangers packing his personal belongings. Ultimately, it was the potential price of moving, which would amount to several hundred euros, since moving from one town to another is more expensive.

An ordinary family in Slovakia moves once in every few years. The advantage of moving on one’s own is that the owner has the entire process under control. If the family is well-organised, it can manage to move into a two-bedroom flat in two to three days. They have to calculate, however, the costs of renting a bigger car, buying fuel, boxes and bags. Self-help moving also means a weekend spent toiling instead of doing more agreeable things. Not to mention the physical strain and the fact that if there is no lift, you have to walk thousands of stairs. When a family moves, people usually do not consider someone being injured, or a rented car being damaged. A van from the car rental is insured but the moving person will not avoid coinsurance in case of a casualty.

On the other hand, a moving company can move an ordinary four-member family from a two-bedroom flat in four to six hours, while saving time and worries. But it could be a problem for an ordinary family to pay several hundred euros for moving.

How the price of moving is generated

To calculate approximately how much moving homes will cost, it is enough to click on the websites of companies and provide some data. What counts is the volume of things being moved, the number of boxes, floors, the size of the lift, the distance of the two households as well as whether the client requires boxes or packaging material to be rented.

It is not easy to figure things out from the price-lists of moving companies, however. In some companies, prices start from low amounts of €100, but ultimately, you pay several hundreds of euros anyway.

Moving companies tend to charge extra for delays, too small a lift, or assembling jobs. The transport of heavy items like a piano or a safe costs extra money, too. The prices for a common upright piano start from €70, and carrying it up to a first floor costs around €20 more.

“So you should ask for pricing in several companies, and follow their recommendations on social networks, not their websites,” says Alexander Krajňak, legal representative of the Re-Max Absolute real estate agency.

On one’s own or with a company?

“When you consider your time, the time of your friends, snacks – then in the end our service is cheaper,”

The common moving to a two-bedroom flat within the capital with items of around 30 cubic metres to a third floor with a lift costs around €500 with the Triv company, and €700 without lift. “The ideal possibility is to show our employee around, so that he/she can see and state a precise amount for the client,” says Anton Vojčák, co-owner of the company.