Eurovea will grow in breadth as well as height

The developer promises more shops, apartments and offices as well as the first skyscraper, a congress centre and new tram line. 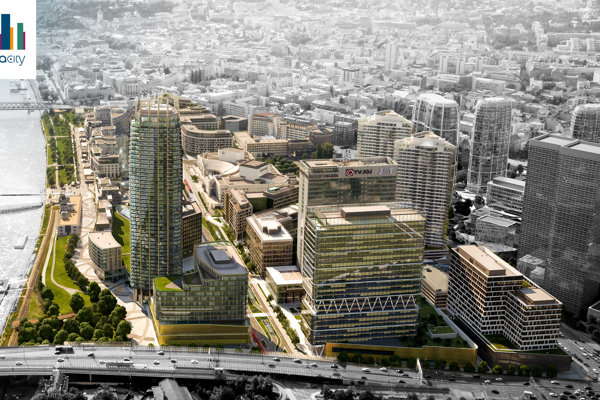 After withdrawing its application for an important investment statute for the Connected Bratislava package of projects, the developer J&T Real Estate (JTRE) is continuing to work on selected projects on the Danube River embankment. Instead of an extensive package of projects on both sides of the Danube, it is now focusing on the zone around Eurovea and Panorama City.

The developer has included all the projects between the Old Bridge, Apollo Bridge and Landérerova Street under a new name, Eurovea City. It promises interconnection with quality public spaces and a new tram line, Reality.etrend.sk wrote.

“The basis is the extension of the current Eurovea with new retail spaces, offices and apartments,” said Peter Korbačka, director of the board of directors of JTRE, adding that the extension will also include new public spaces – a promenade on the Danube embankment, parks and a new sport grounds. 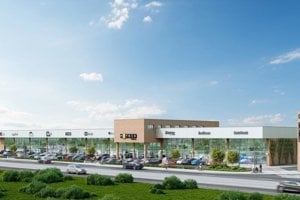 Read also:Is there room for a new shopping mall in Bratislava? Read more

Construction of the first phase, which will include extending the shopping centre, new office blocks and the first skyscraper in Bratislava at 168 metres high, should start in late 2018 or early 2019 and finish in 2021. Part of the first phase includes a city boulevard with a cycling path and reserve for a tram line.

During the following phases the developer will construct other, smaller, buildings. Among these will be a smaller congress centre to provide space for holding medium-sized events for between 1,500-2,500 people. Such a space is currently missing in Bratislava.

The public spaces are being designed by renowned architect Beth Galí from Barcelona. She will introduce concrete plans in the autumn.

Korbačka, who bought Eurovea four years ago, considers this development to be one of the liveliest places in Bratislava and which, by its significance and activities, is something more than a common development. Its original developer was Irish Ballymore Properties and it created space, which people began to like and use.

“This is why we thought of how to move Eurovea further,” said Korbačka.