Expert: client prefers to build a personal relationship to a vintage Porsche than to government bond Nr 229 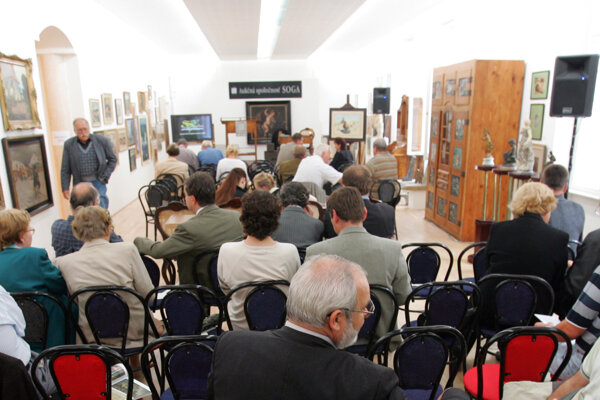 The current sound economic growth, increasing demand for high-end pieces of art and the high level of the offer on the market make art an interesting investment alternative. In 2017 alone the average value of art sold at auctions raised by 21 percent based on the Wealth Report 2018. Even though Slovaks are rather conservative in terms of investments, banks active in private banking are reporting that their interest in investing into art has increased, too.

“The Slovak market follows the development abroad and the interest of our clients in investing into art is unambiguously growing from year to year,” said Roman Hajduk, director for private clients at UniCredit Bank in Slovakia. “They especially prefer Slovak art and the prices of art works by Slovaks are growing at a similar pace.”

He used as an example the works of Milan Dobeš. While his kinetic art was sold for €1,500 some time ago, now it is worth about €15,000 and is highly appreciated and sought after in the world.

Art is for patient investors

Investing into art as well as other alternative investments are suitable as an addition to an investor’s portfolio with the aim of diversification.

“They stabilise the investment portfolio at a time when traditional financial assets may be in a crisis,” Stanislav Pánis, analyst of J&T Banka told The Slovak Spectator.

A problem in some cases might be the relatively high entrance price of such investments since it may start at some tens of thousands or even hundreds of thousands of euros. Pánis also points out that such collectibles have significantly lower liquidity than traditional financial instruments.

“This means that when the investor wants to sell them, he is usually searching longer for a buyer than in case of, for example, shares or bonds,” said Pánis.