German should not be neglected in Slovakia

German businesses struggle to find staffers who speak the language. What are the ways of solving this problem? 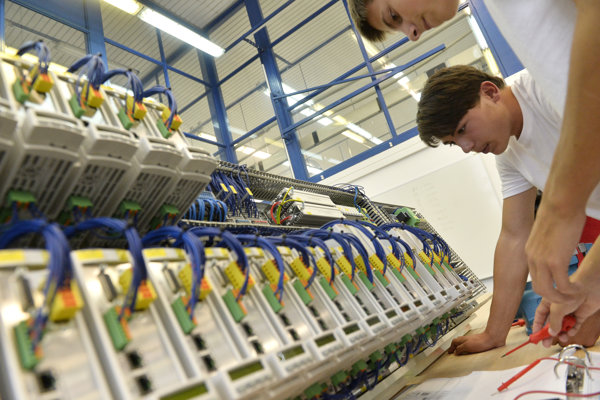 Though German language offers a tangible advantage, not many students are speaking it. (Source: TASR)
Font size:A-|A+40

Before the 1989 Velvet Revolution, German was considered the language of freedom. Families in particular who lived close to the Austrian border used to listen to the radio to learn more about what was happening in the western world.

However, times have changed and the popularity of German among Slovak schoolchildren has dropped, mostly to the dislike of business from German-speaking countries established in Slovakia that are searching for staffers who speak the language.

“Companies are struggling to find people who speak German at a sufficient level,” Ivana Sládeková-Ondrejková, head of the language courses department at the Goethe Institute in Bratislava, told The Slovak Spectator. “If the situation continues to worsen, potential investors might invest in other countries.”

The worsening situation with graduates possessing sufficient German skills has been confirmed by a poll carried out by the Slovak-German Chamber of Commerce (SNOPK) and Advantage Austria in June 2017 on 141 German and Austrian investors in Slovakia.

Nearly every second participant (47.5 percent) claimed that German is the most important foreign language used in their company.

“English has become the most important international business language in Slovakia,” Guido Glania, then-head of the SNOPK, commented on the results. “Our survey has shown that German skills offer a tangible advantage for a career in Slovakia.”

The survey also showed that 27.7 percent of respondents want their employees to speak German and English at an equal level. 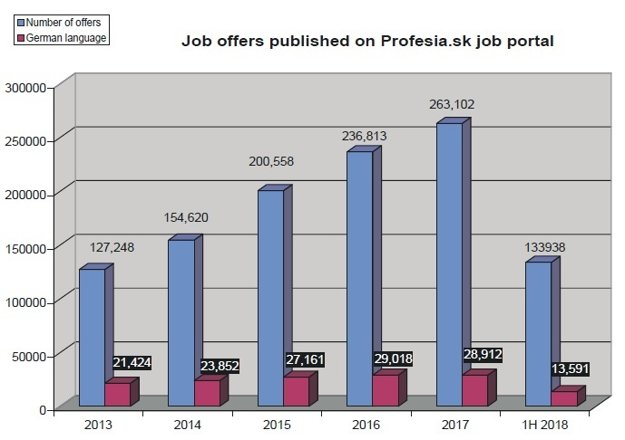