Slovak municipalities deal with unusually hot and dry weather in different ways: some decide to spray the streets, others consider it a waste of water, and still another opens a water-bar. 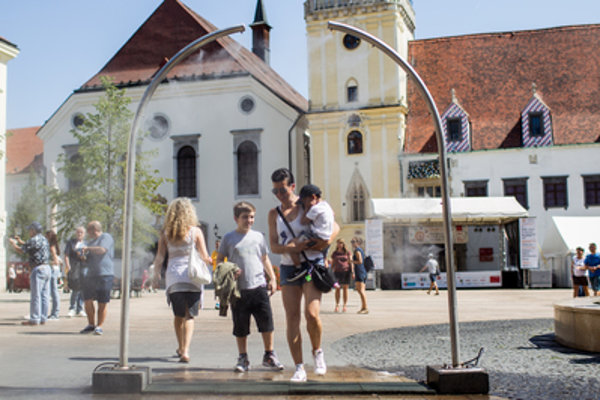 Bratislava is experiencing the hottest week of this year, the Mayor’s office noted, while giving information on the measures it is introducing to beat the heat: tanks with free water are offering refreshment in the city centre. Other activities include the increased watering of the roads, prolonged opening hours of city pools and lidos, and sprayers of the popular water fog have become involved, with added novelties.

Pools and lidos – in the boroughs of Lamač, Rača and Krasňany – will prolong their opening hours between August 1 and 7 until 20:00. Devices spraying water fog are placed in Hviezdoslavovo Square, the Main Square, in front of the Old Market-hall in SNP Square, in Medická Záhrada park, and in Námestie Slobody square. Three more sprayers have been added this year, the mayor stated though his press department: in Námestie M. Benku square, Dulovo Square and Ružinov Park.

Košice and other cities

In Košice, a water bar near Immaculata on the Main Street has opened to help people refresh themselves in the heatwave. Clean tap water, with a taste of lemon and herbs, can be drunk every day for free between 10:00 and 17:00, the TAR newswire wrote, adding that it will operate every workday when temperatures rise above 30° Celsius, and there is no extreme wind or storm. If the weather changes suddenly, organisers may close down the water bar before 17:00.

The city of Trnava is not watering streets in extreme heat, but it has installed water coolers on Main Street, four water fountains and three bigger fountains. Trnava decided against watering the roads and street, as “this is too short-sighted and helps just for a few minutes, while increasing the swelter afterwards, Pavol Tomašovič of the town hall informed TASR. Instead they are intensifying the watering of young trees, and trying to bring long-term solutions in the form of irrigation. Lidos and pools are also opened until 19:00 or 20:00 – but this is how they operate normally. 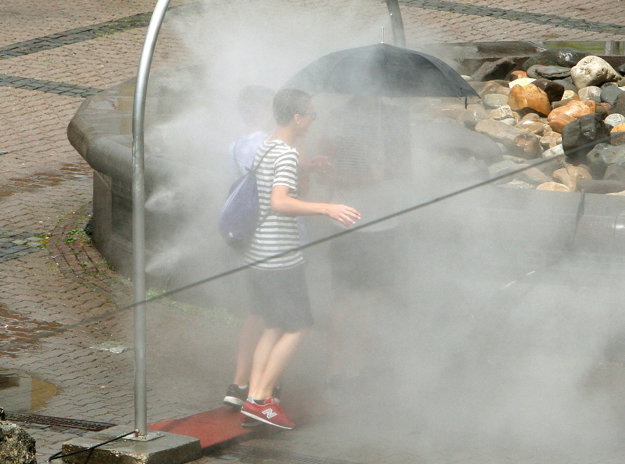 Other cities in the south of Slovakia – which is the hardest hit – are opting for various measures. In Levice, Slovak Red Cross volunteers will distribute water in the pedestrian zone, on August 1 and 3, between 10:00 and 14:00, while there are drinking fountains in the centre.

The town of Nové Zámky warns that the Slovak Hydro-meteorological Institute (SHMÚ) has issued a warning for temperatures of up to 36°C between 14:00 and 18:00.

The Raptor Protection of Slovakia has called on people, through the SITA newswire, to help birds drink and bathe on dry days, by offering them shallow vessels, even on window sills or in gardens so that they need not fly long distances to find water.