An explosion shook a gambling parlour in Žiar nad Hronom 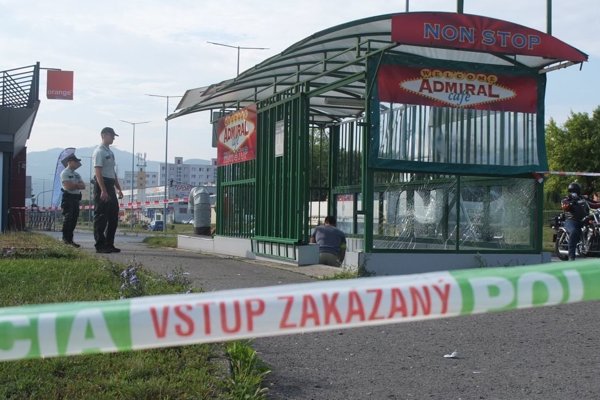 Police are investigating an explosion on the morning of August 1 in a gambling parlour on SNP Street in Žiar nad Hronom. Several people were inside but nobody was injured. Police have checked the site and are now investigating the accident, Banská Bystrica regional police spokesperson, Petra Kováčiková, told the SITA newswire.

A bomb expert from the Investigative-Expertise Institute was summoned. A prosecution involving the crime of a public threat has been launched but Kováčiková added that due to the ongoing investigation, no further details will be made public.

The head of local fire-brigade called to the site, Ivan Pružina, repeated the information that nobody was injured and the cause is being investigated.

No act of revenge, those harmed insist

The 24-hour gambling parlour, located under the road in a former pedestrian underpass, was busy with police and fire-fighters on Wednesday.

“It happened around 5:30. The perpetrator arrived and threw an explosive into the parlour, on the stairs,” the parlour’s manager, Michal Bien, told the My Žiar regional newspaper. “Inside, there were five clients and one croupier; but luckily, nobody was harmed in any way.”

One wing of the entrance doors was open by that time, and the shockwave damaged the interior furnishing. “The entrance door and the toilet door are destroyed,” Bien said for the newspaper, adding that the damage has amounted to thousands of euros.

“I don’t have a problem with anyone, it couldn't have been any revenge or tit-for-tat, definitely not involving me,” Bien commented for My Žiar on the attack reminiscent of gang practices.

He has been doing business for a long time, while claiming he does not know who might be behind the attack. He rules out competition as well. However, has already experienced a similar incident – allegedly when he was starting the enterprise and taking over the parlour years ago.

The owner of the building was at the site as well but he refused to comment, saying he would wait for the results of the investigation.

Street cameras – not just from the building but from nearby premises - could offer more information. Police have also been searching for traces in the adjacent street – they could lead to the car in which the attacker escaped, the newspaper wrote.