Paying tribute to the victims is important in particular because extremism has returned to our society, representatives of Slovak authorities say. 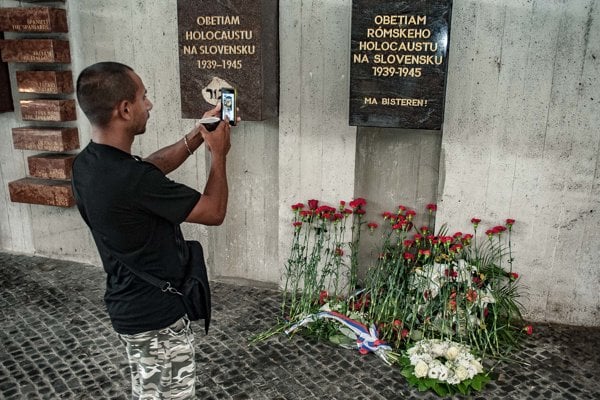 A representative of the Banská Bystrica Self-Governing Region participated in the commemoration of the Roma Holocaust victims for the first time after the past four years. The region was represented by its deputy governor, Stanislav Horník.

In the previous four years, the region was led by Marian Kotleba, head of the far-right People’s Party - Our Slovakia (ĽSNS).

Apart from him, also State Secretary of the Education Ministry Peter Krajňák, Ombudswoman Mária Patakyová and a representative of the US Embassy in Slovakia paid tribute to the victims near the SNP memorial in Banská Bystrica, the TASR newswire reported.

“The Nuremberg Laws on the citizenship and the protection of German blood classified Roma, similarly to Jews, as ‘an element that prevents the purity of the race’, which served as a prerequisite for mass killings in Germany,” said Zuzana Kumanová from the In Minorita civic association, the initiator of the Roma Holocaust Memorial Day in Slovakia, as quoted by TASR.

The Roma Holocaust Memorial Day has been commemorated in Slovakia since 2005, and the ceremony is held as part of the Ma bisteren! (Let’s Not Forget) project.

What is the Roma Holocaust?

Between the years 1939 and 1945, more than 300,000 Roma were killed in Europe. One of the biggest concentration banks where Roma families were sent was Auschwitz-Birkenau. Nearly 2,900 Roma men, women and children were killed in the gas chamber during in the night between August 2 and 3, Kumanová added.

Roma from the war-time Slovak state were not deported to the concentration camps, but they were often persecuted in Slovakia, either by sending them to the working camps or murdering them, particularly after suppressing the Slovak National Uprising (SNP). At the time, nearly the entire Roma camp was killed off, said head of the SNP Museum, Stanislav Mičev.

“The death of nearly six million Jews and about 300,000 Roma has to be commemorated, particularly today as the racial and ethnic hatred are repeating,” Mičev said, as quoted by TASR. “It is necessary to remember what it may come to.” 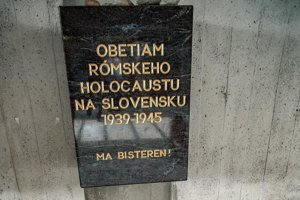 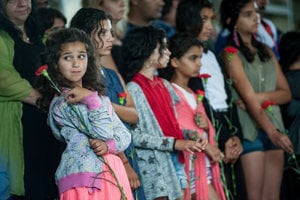 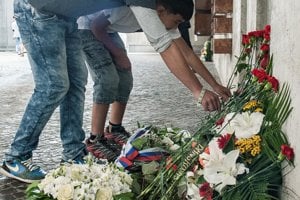 The return of extremism was mentioned in several statements issued on the occasion of the Roma Holocaust Memorial Day, which falls on August 2.

Justice Minister Gábor Gál (Most-Híd) pointed to the fact that by spreading dangerous ideology and casting doubt on the genocide the extremists manipulate and mislead the public. Thus it is important to remember the Roma Holocaust, more than ever.

“Let’s not allow the spread of ideologies based on hatred,” Gál said, as quoted by TASR. “The commemoration of the Holocaust victims should mean that we more vigorously and especially publicly support the condemnation of all forms of racism, so that future generations can learn from events which are, unfortunately, easily forgotten today.”

The Justice Ministry is trying to fight hateful and extremist behaviour by adopting the laws, he added.

The fact that the Roma Holocaust is seldom mentioned does not mean that it did not happen, said Government’s Proxy for Roma Communities, Ábel Ravasz. His office has prepared a symbolic candle, similarly to previous years, which can be lit for the Roma Holocaust victims by changing the profile picture on social networks, TASR wrote.

“You will show that you aren’t indifferent to the WWII victims, regardless of their skin colour,” Ravasz said, as quoted by TASR.

Ombudswoman Mária Patakyová pointed to the fact that it is important to commemorate the Roma Holocaust also due to the recent attack on Roma boys in Žilina.

“History shows us that an unfriendly atmosphere and racist behaviour were the first step towards more repressive practices and direct suppression of fundamental human rights,” she said, as quoted by TASR.