Why does it make sense to learn German?

The language is currently suffering from the preference of English and the lack of teachers. 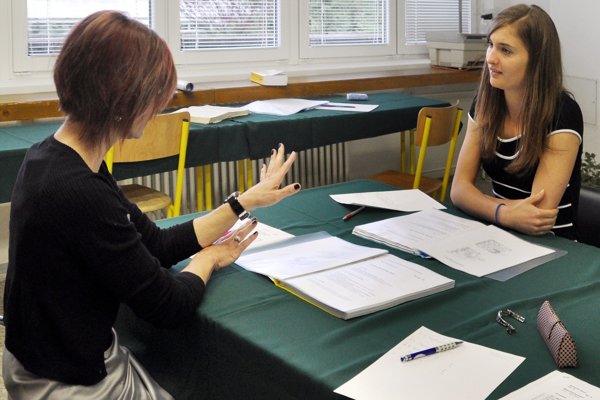 “German is a language that is at home here,” Jozef Tancer, from the Department of German Studies at Comenius University’s Faculty of Arts, tells his students when explaining why it is not a completely strange language for Slovaks.

It has a tradition in the country and has had an impact on several words. Moreover, there is still a German minority living in certain parts of Slovakia.

Despite the tradition, the quality and interest in German education is gradually declining, as the representatives of German community, businesses and teachers agree.

Slovak schools introduced the compulsory education of two foreign languages in 2008, approaching the multilingualism goals defined by the European Commission. Moreover, the open and broad offer of foreign languages was praised by the members of the Council of Europe’s expert group, reads the manifesto authored by the Association of German Teachers in Slovakia (SUNG).