Victims of Roma Holocaust honoured at memorial event in Barca

A US diplomat said that the events of the Holocaust must always remind people how important it is to fight prejudice, xenophobia and hatred in society. 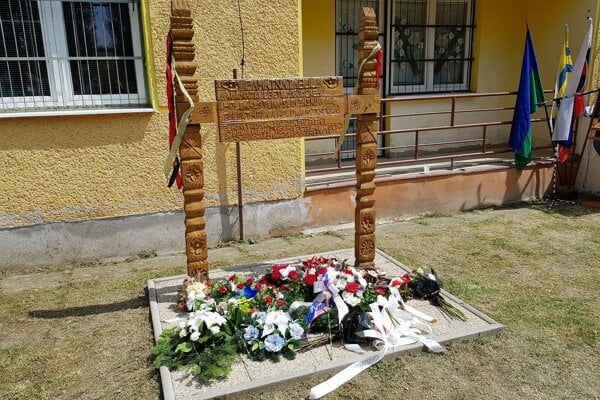 Government Proxy for Roma Communities, Ábel Ravasz, Aaron Singleterry of the US Embassy, representatives of Roma organisations, and local authorities took part in a commemorative event honouring the victims of the Roma Holocaust (porraimos in Romani) in the village of Barca (the Rimavská Sobota district in Banská Bystrica region) on Thursday. The attendees laid a wreath at a unique wooden memorial that was crafted by a Roma woodcarver to mark Roma Holocaust Memorial Day, which is commemorated worldwide on August 2. 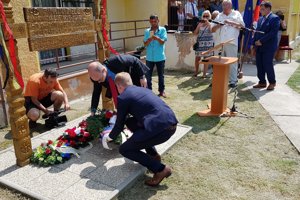 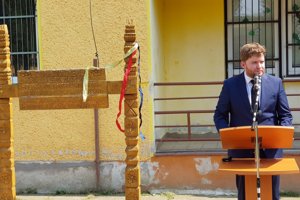 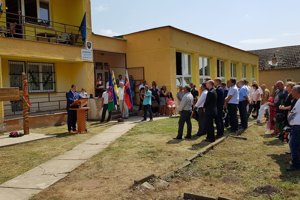 “It is very important for us not to think that things that once happened – I’m now referring to the Roma Holocaust - can never happen again,” said Ravasz, adding that it is our duty to prevent the atrocities of WWII from happening again. “We can see events in various countries - west of us, for example, in Italy, as well as east of us in countries like Ukraine, but also in various Slovak towns and villages in which racial hatred and hatred against the Roma are growing.”

Singleterry said that the Holocaust terror must always remind people how important it is to fight prejudice, xenophobia and hatred in society.

“We can’t remain stuck with empty words and statements, however,” said Singleterry. “In our everyday life, we must focus on a strong rejection of all forms of discrimination, intolerance and racism.”

On August 2, 1944 almost 3,000 Roma were murdered at Auschwitz-Birkenau concentration camp, and yet this figure represented only a fraction of all the Roma who did not survive the WWII Holocaust. It is estimated that about 300,000 European Roma died during WWII.