Scientists to protest against current situation at SAV

The president wants the Education Ministry to solve the problems with transformation, while Minister Martina Lubyová says they are already trying to help. 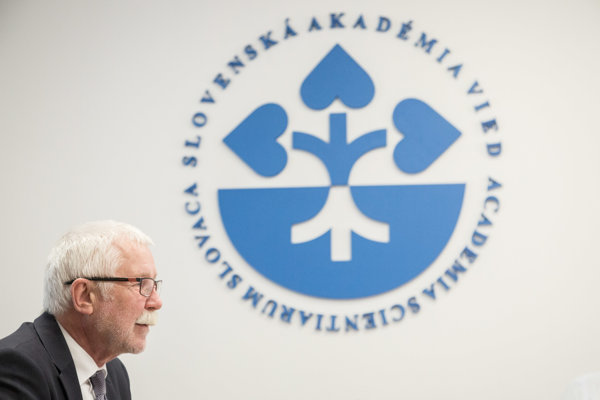 The Science Wants to Live initiative is organising a protest on August 3, starting at the complex of the Slovak Academy of Sciences (SAV) on Patrónka at 8:45. The initiative is protesting the current critical state in the institution, which emerged after the Education Ministry failed to list it on the register of public research institutions.

“This is paralysing the institutes and seriously endangers our future,” said Fedor Gömöry, Imrich Barák and Miloslav Bahna of the initiative, as quoted by the TASR newswire.

The representatives of SAV’s board, SAV’s council and its trade unions organisation are expected to speak at the event. Apart from Bratislava, the protest gathering will also take place in Košice.

What do they want?

The organisers are calling on the Education Ministry to register SAV as the public research institution.

“The ministry has all the documents at its disposal, including those it has asked for beyond the law,” the initiative said, as quoted by TASR.

It expects that PM Peter Pellegrini, Speaker of Parliament Andrej Danko, and President Andrej Kiska will actively contribute to meeting this requirement.

If the ministry fails to register SAV until August 8, the scientists are ready to continue in public protests, TASR wrote.

Education Minister Martina Lubyová (nominee of the Slovak National Party), however, said on July 27 that the information about SAV submitting all necessary documents before May 31 is not true. She also denied the claim that the ministry is asking for documents unrequired by the law.

As she said, they are dealing with the current problems at SAV, TASR reported.

Kiska, meanwhile, expects that Lubyová will solve the problem quickly and without any conflicts. He said so after meeting with SAV’s head, Pavol Šajgalík, on July 31.

“From the point of the transformation, I have to say that, unfortunately, my fears that I mentioned when vetoing the law have been confirmed,” Kiska said, as quoted by TASR. “Halting the transformation causes a legally chaotic state, harms science and leads to a situation that we can only shake our heads about and call unacceptable. It needs to be solved as soon as possible.”

As the president stressed, the law on SAV’s transformation became effective in the beginning of July and needs to be observed.

“It’s necessary to create working conditions for scientists,” the president continued, as quoted by TASR.

Opposition MPs from the Ordinary People and Independent Personalities (OĽaNO) and Freedom and Solidarity (SaS), who are members of the parliamentary education committee, want to collect signatures to summon the special session of the committee and to invite Lubyová.

The Education Ministry’s press department said she would very gladly come, as reported by TASR.