Record number of heat collapse cases over the weekend

Rescuers are urging people to limit sun exposure and drink plenty of fluids. 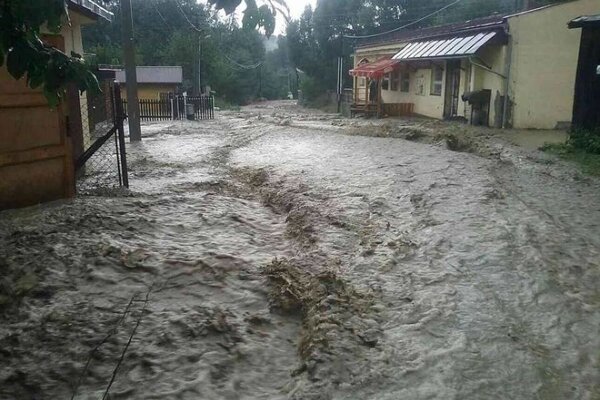 Rescuers have assisted in a record number of heat collapses recently, with 112 people collapsing on Saturday, August 4.

“This is the highest number of ambulance rescue operations recorded by the Rescue Medical Service’s operation centre (OS ZZR) since the beginning of the week (i.e. July 30),'' the centre’s spokesperson Alena Krčová told the TASR newswire.

The highest concentration of patients (18) needed help in Košice Region, while 10 required assistance in the Trenčín Region.

Krčová is urging people, senior citizens in particular, to stay inside between 11:00 and 15:00, limit sun exposure, and drink enough liquids, ideally pure water, mineral water, and fruit and vegetable juices. If signs of overheating occur, the patient should be cooled down, given drinks in small amounts and if the condition worsens, the rescue number 155 should be called.

On Sunday, August 5, a storm led to the flooding of a local stream, causing a lot of damage in the Zákopčie village in the Kysuce area, the MY Kysuce regional newspaper wrote, citing mayor František Hažík, who blamed the incorrect local forest for their unprepardness. The damage on the village and private properties is assessed at €80,000-120,000.

In the town of Čadca and other places in Kysuce, the storm also caused flooding and threatened locals.

In the western-Slovak town of Levice, part of the roof and stands at the local football stadium were damaged on August 1 by a strong wind, the My Levice Regional newspaper informed.

For Monday, August 6, the Slovak Hydro-meteorological Institute (SHMÚ) forecast temperatures around 33° Celsius in some areas in southwestern Slovakia. The first-grade warning, from 13:00-18:00, is for the districts of Pezinok, Senec, Dunajská Streda, Galanta, Šaľa Komárno, Nové Zámky, Levice, Krupina and Veľký Krtíš, TASR wrote.