For the 54th time, the summer course will teach Slovak to foreigners and expats; this edition focuses on some key years ending with an “eight”. 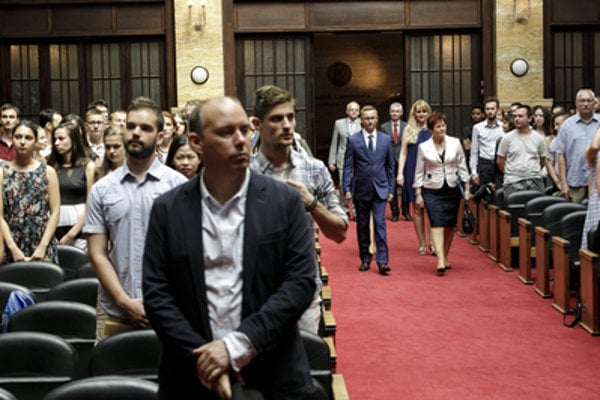 The 54th year of Studia Academica Slovaca, a summer school of Slovak language and culture, due to accommodate 156 foreign students from 33 countries, ceremonially opened at Comenius University in Bratislava on August 6.

In her opening speech, Studia Academica Slovaca director Jana Pekarovičová mentioned – as quoted by the TASR newswire – that the central theme of this year’s summer school will be the reflection of the historic milestones of the 20th century in Slovak language, literature, culture and society in general, with a special focus on some of the key years ending with an eight.

“We want to commemorate the anniversaries of significant events and personages in the Slovak and Czecho-Slovak contexts, mainly the centenary of the Czechoslovak Republic and the 50th anniversary of the occupation of then Czechoslovakia in August 1968,” Pekarovičová said.

The students of the three-week programme include university teachers from abroad, translators and managers, with some of them claiming that they were motivated to apply due to family reasons or their Slovak roots. Most students are 20-30-years old.

“We don’t have many age differences now,” Pekarovičová said. “The oldest participant is 71, we know her well – she’s a teacher from INALCO in Paris, which also has a Slovak lector. Her son married in Slovakia, so that’s why she’s learning Slovak.”