Experts cite increased liquidity and strong investment activity behind sound results for the first half of 2018. 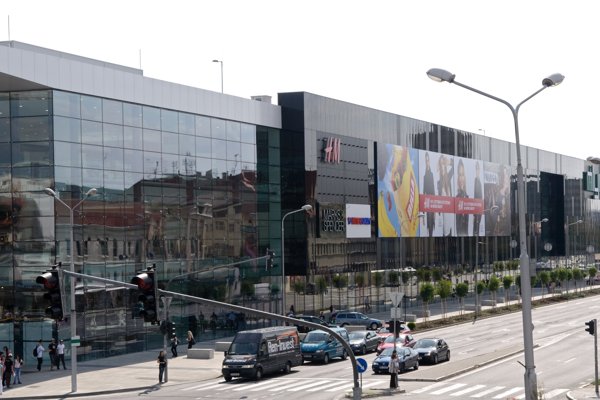 Investors invested almost €500 million into commercial real estate in Slovakia during the first half of 2018. This almost equals investments for the whole year of 2017, which amounted to €535 million, the data of the real estate consultancy company JLL indicates.

“This is a result of several medium-sized transactions carried out on the threshold of 2017 and 2018,” said Rudolf Nemec from the JLL investment consultancy department, as cited in a press release. “The increased liquidity and strong investment activity, which we see on the Slovak real estate market during last few quarters, also equally helped.”

During the first half of 2018, 17 investment transactions took place in Slovakia. The retail sector dominated, followed by offices. The industrial real estate sector brought only one more significant investment. This is a consequence of a lack of investment opportunities and strong activity over the last three years.

Investors are highly interested in retail real estate, i.e. shopping centres, according to JLL. They are not looking only for first-class centres, but also smaller retail schemes, as there are not many.

In terms of concrete deals, the Romanian-Polish-South African investor NEPI Rockcastle increased its market share when it acquired the premium shopping centre Mlyny in Nitra from a local developer in the beginning of 2018. Another significant retail transaction was the sale of the project City Aréna in Trnava of Vladimír Poór, acquired by a Slovak private investor.

On the Bratislava office market, JLL registered strong activity and interest from quickly growing central-European investor Wood & Company. During the second quarter of 2018 it acquired the office building Lakeside Park (27,000 square metres) from the developer TriGranit with AT&T as the main tenant, and Aupark Tower (33 000 square metres) from Heitman. Among Aupark Tower tenants is the cyber security company Eset.

The industrial real estate sector has been the busiest sector during the last few years. However, during the first half of 2018, this sector was relatively inactive with only one bigger transaction.

“We expect that the second half of the year will bring another €300-€330 million on the Slovak investment market, especially in office and industrial real estate sectors,” said Nemec.

The record level from 2016, when investments into commercial real estate amounted to €850 million, may be exceeded if investors manage to sign one or two large transactions this year.

“But already now we can say with certainty that the total number of transactions will be higher than during the few last years,” said Nemec.

Almost €5.93 billion invested in real estate in the CEE region during the first half of 2018 means an increase by about 6.3 percent y/y. The Polish market accounted for more than one half (54 percent), followed by the Czech Republic (18 percent), Hungary, Slovakia and Balkan countries (8 percent each) and Romania (3 percent).