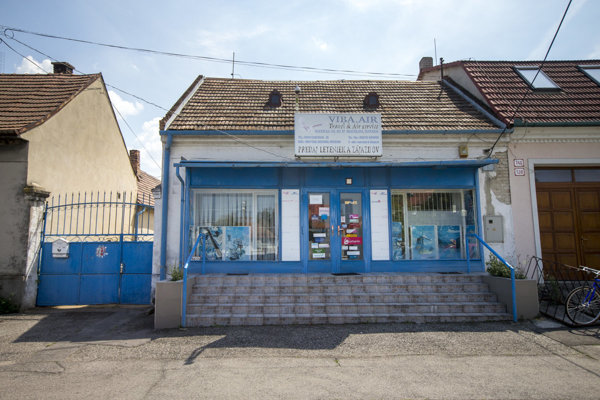 Vietnamese representatives in Slovakia who could shed more light on the kidnapping of businessman and communist official Trinh Xuan Thanh have officially been silent since June.

The Embassy of the Vietnamese Socialist Republic in Slovakia only offered a brief answer to the Slovak Foreign Ministry, and its representatives are hiding behind the embassy walls.

The house of the former advisor of ex-prime minister Robert Fico of the ruling Smer party, Quang Le Hong – who was allegedly onboard the government plane used in the kidnapping of Thanh – is well-kept. In front of the entrance, big peach trees are growing, the lawn is mowed, and the postal box empty. Although a luxury Mercedes is parked near the house in the Vajnory borough of the capital, nobody opens the door.

The Embassy of Vietnam was approached with requests for stance on the latest information concerning Thanh’s abduction. Despite repeated reminders and calls, no answer came in the past week.

The Vietnamese Embassy resides in an office building in downtown Bratislava. You cannot get inside, you have to ring a poorly-functioning doorbell. An English-speaking embassy employee answered the door on the second ring.

“Sorry, but our office hours are just coming to a close,” she said when asked whether we could talk to one of the diplomats. After reminding her that there are still 15 minutes before the end of office hours, she reacted that neither the ambassador, nor his deputy are present. “I have no idea when they'll return, good-bye,” she concluded our effort to enter the building. The next day, no one even answered the doorbell.

They ignore the ministry, too

The last time the Slovak Foreign Ministry communicated with diplomatic representatives of Vietnam was in June. Then, they were assured that kidnapped Thanh was not on board the Slovak special government plane, which by end of July 2017 took the delegation of Vietnamese Interior Minister To Lam from Bratislava to Moscow.

“The ministry immediately asked the Vietnamese Ambassador to tell them how Thanh got from Berlin to Hanoi. Presently, we have received no answer,” Foreign Ministry’s spokesman Boris Gandel wrote. He added that the ministry pays great attention to the case, and plans to summon Vietnamese Ambassador Duong Trong Minh again. “If it is confirmed that the Slovak Republic was abused by Vietnam, this cannot pass without consequences,” Gandel says.

He did not want to speculate on the possibility of Slovakia withdrawing its representation from Vietnam, or expel the Vietnamese ambassador from Slovakia. He repeated, however, that the Slovak Embassy in Vietnam is currently led by Ivana Belcáková at the level of chargeé d’affaires, i.e. one level lower than ambassadorial.

Until recently, Slovakia was represented in Vietnam by Quang Le Hong, a Vietnamese man with Slovak citizenship, who acted since 2015 as the advisor of then-premier Robert Fico of the ruling Smer party for foreign-trade issues.

“I filled this position thanks to experience from the business sector, and also form several positions in the Slovak public sector, specifically in business-investment cooperation,” Le Hong was quoted by the Plus 7 Dní daily in May 2018.

By that time, Le Hong was summoned for consultations to the Slovak Foreign Ministry, and he was not sent back to Vietnam.

In July 2017, he participated – according to German media – in a strange meeting between ex-interior minister Robert Kaliňák and his Vietnamese counterpart in the governmental hotel Bôrik in Bratislava.

The meeting was allegedly the pretence for borrowing a government plane and ensuring the smooth escorting of kidnapped Thanh from the Schengen area. Le Hong is suspected of corruption while granting a visa in Vietnam, and also of playing a role in Thanh’s abduction.

Le Hong came to Slovakia back in the communist era, and in 1990, graduated as an engineer (i.e. Master in a technical course of college study), according to Plus 7 Dní. Later, he started to do business, and in 2001, he received Slovak citizenship.

Through the internet, very little information can be found about Le Hong. His name is not included in the Trade Register, either, although in the past, it was featured in three companies. His longest position was in the Viba.air company, which resides in the Vajnory borough of the capital.

On the address stated lies an old shabby house, which used to function as the residence of a travel agency. In the neighbouring pharmacy, employees said the agency has been closed down for about a year. Than’s abduction from Berlin took place exactly a year ago. In the same building, the Vietnamese-Slovak Chamber of Commerce is allegedly based, but on Monday, August 6, nobody seemed to be in the premises.

Both the yard and the space in front of the building is monitored with a camera system. On the blue gate on the left of the house, a postal box is placed. On Monday, the newspaper was there, but on Tuesday, it disappeared. In the yard, which seems to be well-maintained, there is also a tricycle and summer chairs. There is no doorbell here, and nobody answers loud calls.

On the opposite side of the plot, owned by Le Hong and his wife, a renovated house stands, with a luxury Mercedes parked in front. Next to it, a big, spreading tree full of apples grows, and on the edge of the plot, large peach trees can be seen as well. While on Monday, one could easily reach out to pick one, on Tuesday there was not a single one left within reach.

Neighbours know that Vietnamese are living next door but nothing more. The same address is the seat of the Vietnamese Community in Slovakia.

“I have never seen anyone like that here,” says a neighbour, who answers the doorbell with the name Kováčová. Five other people living at this address react similarly.

The permanent address of the Vinamarket company, which Le Hong sold in 2006, is stated as an apartment house in Petržalka. “No Vietnamese have ever lived here,” Roman Szalay, living in the house, says.

The current owner of Vinamarket, Oliver Kuzmický, changed the name of the company after the purchase to K&K Market. He does not remember Le Hong, nor does he have a contact. He claims he bought the company because it included the building in which he is now doing business.

Robert Fico did not answer whether he is still in contact with Le Hong and whether he knows his current whereabouts.