The Old Dining Room opens its doors in the spring of 2019, but a large community action is already being prepared to take place this September. 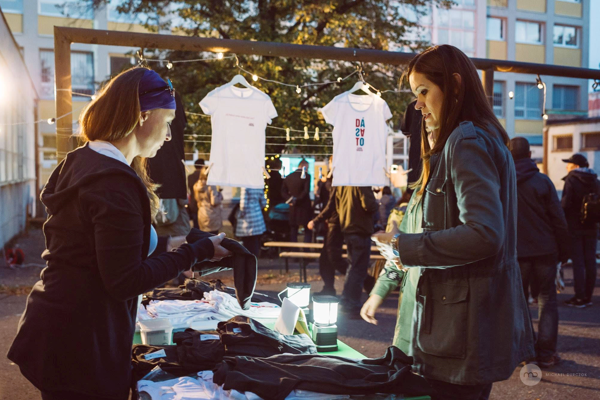 The building of the former dining room on the Krasňany housing estate in the Bratislava – Rača district was still dilapidated three years ago. But today, this is no longer the case. A group of active parents from Krasňany and organisations the Mládež ulice (Street Youth) and Rodinné centrum Ráčik (Family Centre) joined their forces. They decided to build a community centre for young people who do not attend any clubs or other organised extracurricular activities.

"In the town, there is almost no space for older children in teenage age to spend their free time. On children's playgrounds, there is a warning sign that they are only for children under 12 years of age. Not all families, however, can afford to fill children's afternoons with clubs and training," remarks Miroslav Dudlák from the Stará Jedáleň (Old Dining Room). He thinks that in their adolescence, children also need an unorganized time which does not focus just on performance, competition, and talent. This is exactly what they will be able to find in the Old Dining Room.

"We want to create a safe space for children and also provide them with a support programme led by social workers from the organisation Street Youth. It should help them go through the pitfalls of adolescence and influence them to become good and loving people," adds Dudlák. The Old Dining Room community centre is a creation by ten people who have been working on making this dream come true as a part of their day jobs or as volunteers during their evenings.

The activists were given the premises of the former dining room on Pekna cesta by the local government in a very bad state. In the first year, they have reconstructed the roof, cleaned the interiors and the surrounding premises, changed windows and made electrical installations.

Even though the refurbishment of premises has not yet been completed, in the summer of 2017, the organizers involved in the activities of the Old Dining Room also the children from the housing estate for the first time. "We invited them in and let them decorate the dining room with sprays, of course, under the guidance of renowned graffiti artists. Music band Chalani z chartče (Boys from the Hut) from Moldava nad Bodvou played for us and also participated in the graffiti decoration," says Dudlák. 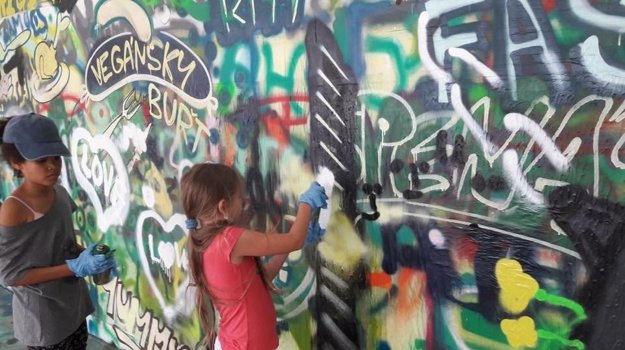 In addition, the activists have organised several events, including a concert by the band Para – Brutálna zostava. Their forerunners were young people from the music band FUSION from Rača.

"In the first half of 2018, we had to stop working for a while due to the construction bustle. However, we are planning a large community action for the end of September. Preparations are currently in full swing. Today, I can reveal only so much that there will also be a cyclo-cinema, where the audience will paddle on 10 bicycles and produce electricity for the projection and sound," says Dudlák.

The organizers lack the last 15 percent of resources for reconstruction today. At the occasion of the International Youth Day, you can contribute too. Just click on the link with password ‘Support‘.