NAKA detained seven people after raiding the office; three of them were taken into custody. 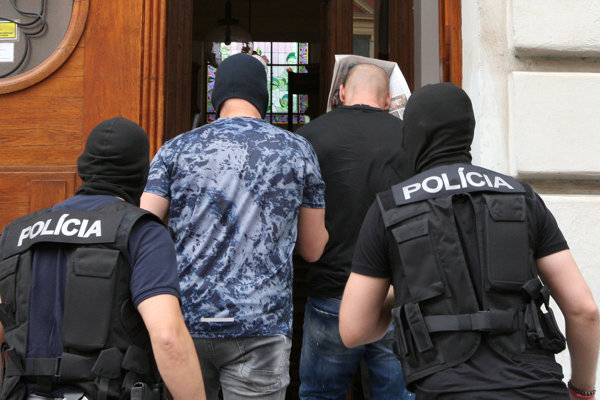 Dozens of police officers raided the Bratislava District Office in the early morning on Wednesday, August 8, with an investigator from the National Criminal Agency (NAKA) Anti-Corruption Unit charging six people and one legal entity with corruption. These suspects allegedly received bribes far exceeding €300,000. If they are proven guilty, they will be facing ten to twenty years in prison.

“It was a detention operation of the national anti-corruption unit in which seven people were detained, five home searches were carried out, and two offices at the district office and five vehicles were searched,” said Michal Slivka, the Police Corps Presidium, on August 8, as cited by the TASR newswire.

The suspects were identified by the courts as Miroslava G., Pavol B., Branislav R., Tomas W. and Vladimir M. They worked together, asking for bribes when issuing positive verdicts and stances. The last three men were also accused of money laundering.

The police were allegedly working on the case for two years, the Denník N daily wrote.

The judge of the Specialised Court in Banská Bystrica put Miroslava G. the head of the environment office, and other two people in custody.

The police have not specified what the corruption activities pertained, Denník N wrote.

They may suspect that the officers were taking bribes systematically via a company that was pretending that it represented developers during proceedings at the environmental department.

The environmental department issues various verdicts, stances and permissions important for developers that are related to proceedings of final building approvals as well as verdicts pertaining to waste. It also serves as a special construction office in the field of state water management. This means that it issues permissions for water constructions, for example sewer systems to development plans, water pipelines as well as discharge of sewage water, according to Denník N.