August 1968: After a temporary thaw, the Czechoslovak borders were sealed

Tens of thousands of citizens used the window of opportunity and left Czechoslovakia following the invasion of the Warsaw Pact troops 50 years ago. 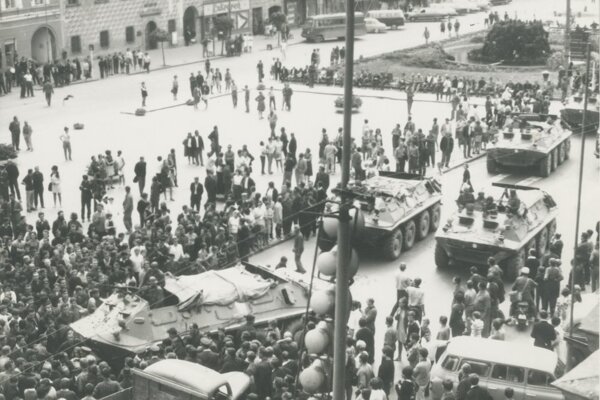 The invasion of Czechoslovakia by the Warsaw Pact armies (minus Romania) during the night of August 21 forced thousands of people leave their homes and flee abroad. Shortly after the arrival of the troops, the borders were practically open and people could freely leave the country.

“In some places there were no checks and people were crossing the borders beyond the border crossings without any personal documents,” Ján Rychlík from the Institute of Czech History at the Faculty of Arts of the Charles University in Prague told The Slovak Spectator. Passport checks were renewed only after August 28, a week after the invasion.

The number represents 56.65 percent of total number of emigrants from Czechoslovakia under Communism (1948-1989).

Source: Documents of the Central Committee of the Communist Party of Czechoslovakia

People were leaving mostly for Austria, Switzerland and West Germany, while some crossed the Atlantic, going mostly to Canada, said Peter Jašek from the Nation’s Memory Institute.

Travelling was easier in 1968

After the Communists grabbed power in 1948, the regime started tightening the rules for citizens' travel abroad. A set of laws and measures from 1965 obliged all those who wanted to travel abroad to have an exit clause.

During the thaw in the first half of 1968, it became much easier to obtain an exit clause, according to Rychlík. Applicants only needed to prove that they had financial coverage for their trip. To do so, they had to submit an invitation that did not need to be verified - and in many cases, these were fake, the historian said.

Moreover, from spring 1968 it was possible to receive a permanent exit clause when travelling to the West, if applicants proved that they needed to travel there often due to their job, Rychlík said.

Read also: Timeline: From the Prague Spring to occupation and normalisation Read more

The August invasion did not bring about an immediate tightening of the rules. Stricter rules were not put in place until November 1968, at which point every exit clause had to state the country for which it was issued and the expiration date.