The 'wedding swarm' of mating mayflies attracted to the bridge could become a tourist attraction. 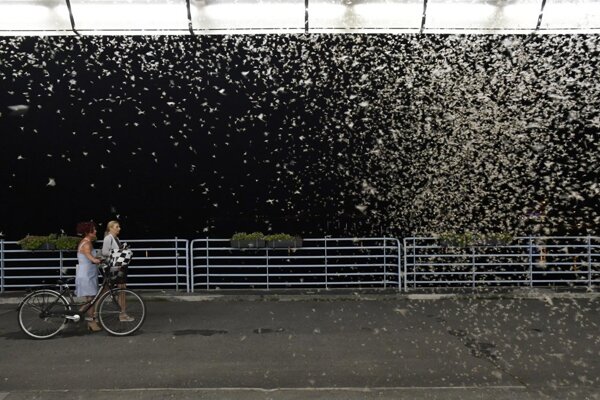 Visitors to the Colonnade Bridge in Piešťany have lately been witnessing an interesting phenomenon. The bridge over the Váh river has been inundated by flying insects, namely the species Ephoron Virgo or mayfly, which lives for only a few hours in its adult form.

The occurrence of this insect is not rare in Piešťany or in other parts of Slovakia. However this has not always been the case.

“The pollution of the rivers, the Váh in this case, caused the insect population to die back,” Tomáš Derka from Department of Ecology of Comenius University explains, as quoted by the TASR newswire.

The larvae live at the bottom of flowing water hidden under the rocks or buried in sand or mud, he added. The insect mates during the fly stage when the males create a “wedding swarm” and the females fly into it. The males die shortly after mating and the females fly off in a direction opposite to the the water flow to lay their eggs.

The insect is attracted by white light and as the Colonnade Bridge is also mainly white Derka says that at the time of mating it would be necessary to flood the bridge in red light so as not to lure the insects.

“Some of the dead insects on the bridge were mated, however, some did not have enough time,” Derka told TASR.

It is also important to protect the biotope of the larvae in the Váh river.

“Mayflies have already died out once, so we must take care of the cleanliness of the water,” he said, as cited by TASR.

This mating phenomenon also took place on the bridge last year. Derka thinks that it could become a tourist attraction. Similar matings of the species Palingenia longicauda take place in Hungary on the Tisza river. The Hungarians are promoting it as a blooming river, he summed up. 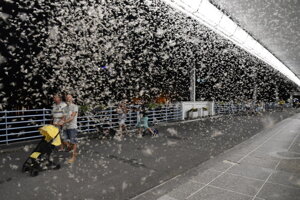 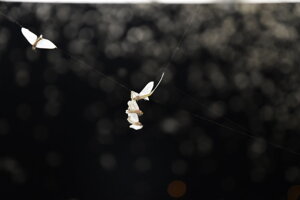 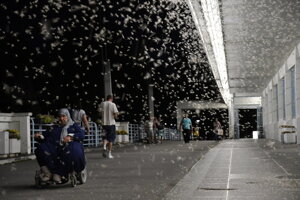