Water tow at Oravská dam changes from utopia to reality

Adrenaline lovers have a new attraction. 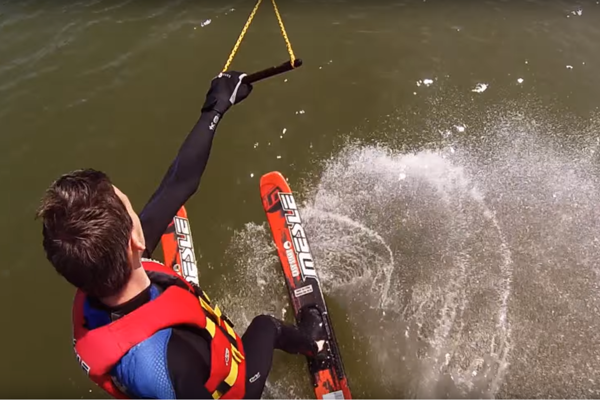 The Oravská dam will offer a new attraction soon. It will be a novelty at the biggest Slovak water reservoir. Enthusiasts from Námestovo are finishing with the water tow. It should be in operation within a week, My Orava wrote.

The construction of the water tow started in May under the leadership of Peter Filičko from Námestovo, after almost four years of necessary paperwork. The work has been intense for four months. The most important is the preparation of the bases under the pillars, My Orava reported.

“We had to remove an enormous amount of mud with the help of divers,” said Filičko, as quoted by the My Orava web.

The base preparation was difficult. They had to transport and set 15 tons of concrete prefabricates at the bottom of the dam. Then, they were able to attach two pillars, one in the water and a second on the shore, Filičko added for My Orava.

Activists are finishing the rental room, buffet, terrace and the base of the tow at the moment. The people behind the idea participated in training and they have already tried test rides. The water tow should open during August, My Orava reported.

“All lovers of adrenaline sports are warmly invited,” said Filičko, as quoted by My Orava.