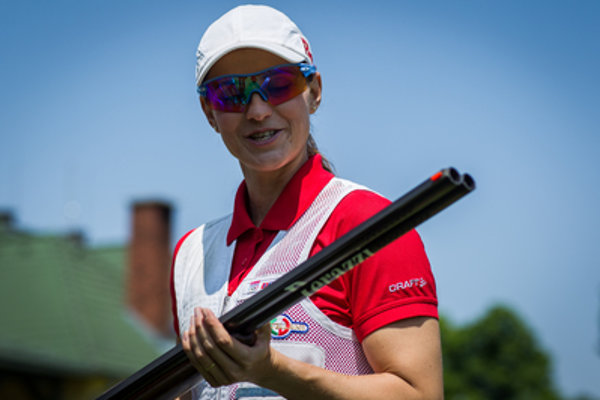 Slovak sports shooter Danka Barteková won a gold medal in the women’s skeet at the 2018 European Shooting Championship Shotgun in Leobersdorf, Austria on Friday, August 10, when she hit 54 out of the 60 targets in the finals.

“European champion! I’m extremely happy, it’s a wonderful feeling! Thanks to everybody!” the Slovak athlete wrote on Facebook, as quoted by the TASR newswire.

This is the third European champion title for the 33-year-old marks-woman, after she clinched her first title in Nicosia, Cyprus in 2008 and her second in Kazan, Russia in 2010.

In addition, on Monday, August 6, Slovak sports shooters Zuzana Rehák-Štefečekova and Hubert Andrzej Olejnik won a gold medal in the double trap mixed teams competition in Leobersdorf, according to TASR.