Unique photographs from TASR archives commemorate the 50th anniversary of the 1968 Prague Spring violently interrupted by the “friendly” invasion of Soviet armies – then an ally of Czechoslovakia – and fellow communist countries, including Soviet satellites. 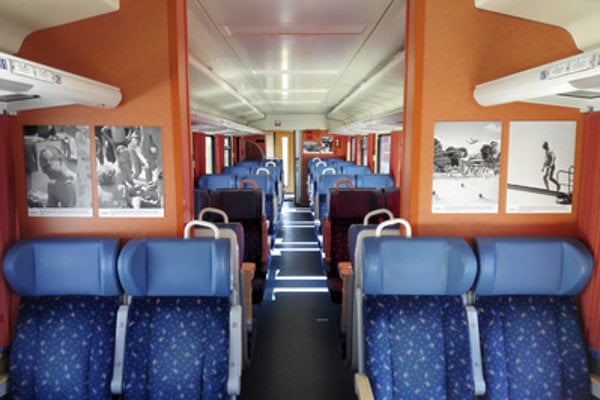 An exhibition of unique photographs from the archives of the Newswire of the Slovak Republic (TASR), featuring the private moments of one of the most significant personalities of Slovakia – Alexander Dubček – opened on selected trains of the national rail transport operator ZSSK on August 14. The exhibition is part of commemorative events marking the 50th anniversary of the 1968 Prague Spring, which was violently interrupted by the Warsaw Pact troops’ invasion of former Czechoslovakia. 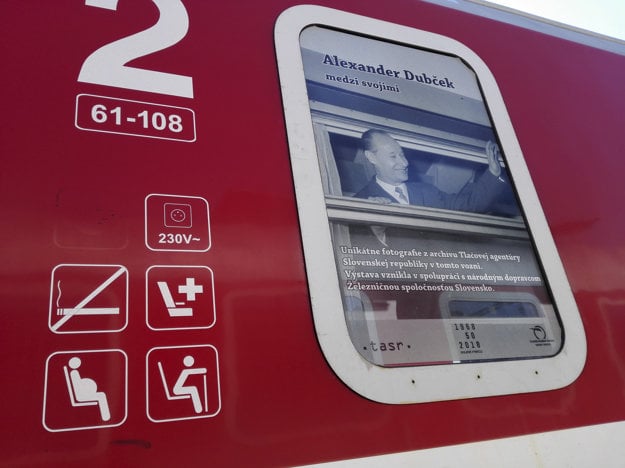 Photo of A. Dubček on a train has appeared on some trains. (Source: TASR)

“We found some negatives of pictures featuring Alexander Dubček and the events of 1968 during the archive’s digitalisation in completely different envelopes under different names,” TASR general director, Vladimír Puchala, said. “The original envelopes were labelled as “Don’t publish” or “Discard”. The pictures were only preserved thanks to TASR employees who transferred them to a different place of their own volition. They are the work of great agency photographers Štefan Petráš, Ľudovít Fule, Ivan Dubovský, Ján Bakala, Vladimír Benko and Anton Tarko,” he added.

“The train exhibition is one of three exhibitions on Alexander Dubček to be arranged by TASR. The others will open at the National Museum in Prague and the Slovak Institute in Prague,” Puchala noted, as quoted by the newswire.

The travelling exhibition on rails, called “Alexander Dubček among His People”, contains 20 black-and-white photographs of one of the leading personalities of the Prague Spring, who has become a symbol of the efforts to democratise former Czechoslovakia in the late 1960s, among his closest relatives and friends. Train passengers will have a chance to see, for example, pictures of Dubček relaxing at an open-air swimming pool, including his legendary jump from a diving platform. Other pictures document Dubček’s relationship with his family and with Slovakia. The photographs capture moments of rest in his garden, as well as his meetings with people in the High Tatras or at international sports and cultural events. 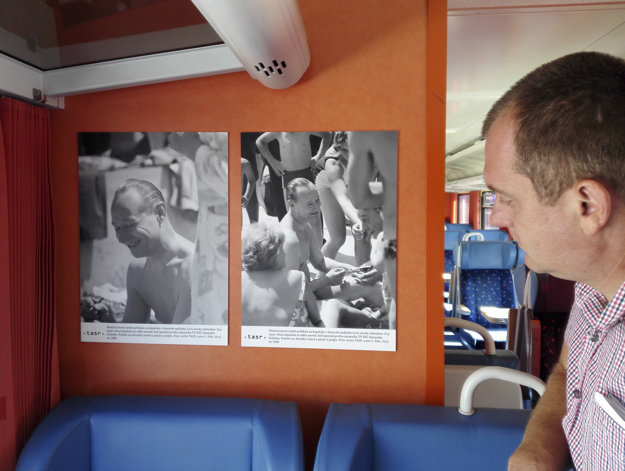 The exhibition of photographs has been installed on two trains; with one operating in eastern Slovakia and one in western Slovakia. The next series of photographs have been installed in a railway carriage included in various express trains operating on the Bratislava-Košice route. Some carriages have been labelled with the picture of Alexander Dubček waving from a train window at the Bratislava train station in October 1968.

The exhibition’s partner is ZSSK and it will be available to the public until the end of November.