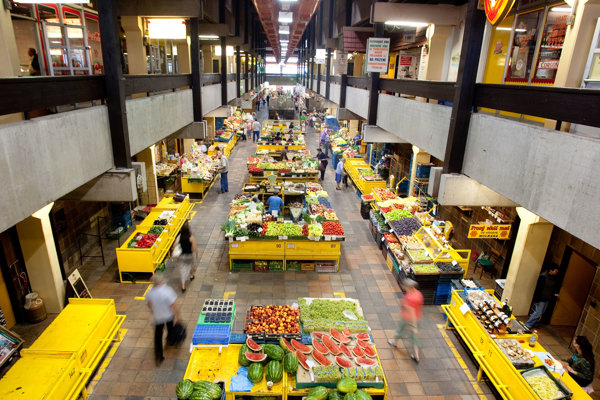 The popularity of Slovak food has been growing, resulting in various speculators trying to take advantage of the situation. Food inspectors found cases in which the origin of the goods was concealed or falsified. These included carrots and parsley from Poland and the Netherlands as well as tomatoes from Spain, Italy and Turkey. Such goods were forbidden to be further distributed.

“Special inspections focusing on tracing the origin of fresh fruit and vegetables discovered serious misconduct in this regard,” said Milan Lapšanský, director of the foods and trade department at the Agriculture Ministry as cited by the TASR newswire.

Food inspectors have carried out inspections at all stages of the food chain from primary producers to online sales. In total, they conducted 25,000 food checks over the first six months of 2018 and found shortcomings in 2,363 cases, representing 9.4 percent. Similarly to last year, fruit and vegetables appeared to be problematic, namely apples, peppers, tomatoes, grapes, cabbage and Savoy cabbage. In addition, dangerous salmonella bacteria was found in eggs and mechanically separated poultry meat.

The fines imposed on offenders amounted to more than €3 million. Particular defects in the origin of the goods will be dealt with in administrative proceedings, with a fine possibly amounting up to €100,000. The ministry intends to take severe action against the practices of speculators who buy fruit and vegetables on wholesale such as Cash&Carry and sell them to end customers while claiming that it is their own product.

“Our priority is to protect Slovak consumers and so throughout the year we strictly oversee that only safe and quality products are on our market,” said Agriculture Minister Gabriela Matečná, as cited by the SITA newswire. “We check not only foreign but also domestic foodstuffs and we do not even omit outdoor markets.”

The Slovak Agricultural and Food Chamber (SPPK) supports the steps taken by the Agriculture Ministry in its efforts to take resolute action against all those who want to fake the origin of products.

“The origin of food has a strong informative value and gives the product its uniqueness and quality, emphasising its traditional regional flavour,” said SPPK spokesperson Jana Holéciová. “Every deliberate as well as unintentional falsification of food origin, therefore, damages the credit of domestic food producers, deceives customers and increases the risk that Slovak food will be dragged into food scandals.”

SPPK condemns such practices used by certain entrepreneurs, as pointed out by the Agriculture Ministry.

“It is inconceivable that instead of Slovak food made from Slovak ingredients, in shops or village markets we’ve bought exchanged products from other countries or are afraid to buy such food.”