In the long term, the employment rate of Roma is significantly lower than that of the majority, with the main reasons being poor education and low skills, as well as insufficient support through the programs of labour offices. 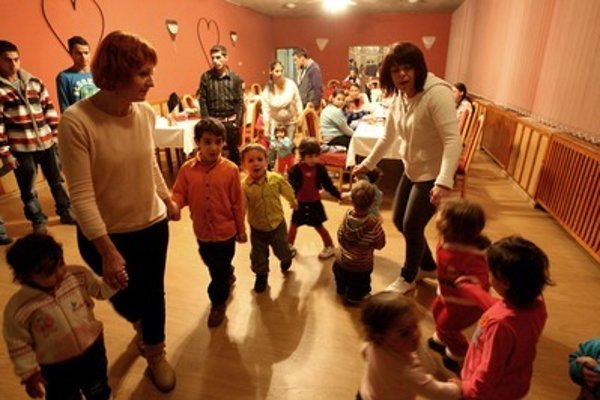 The employment of Roma in Slovakia significantly lags behind the majority population, according to an analysis performed by the Finance Ministry’s Financial Policy Institute (IFP) based on data published in the latest Atlas on Roma Communities.

There is a significant gender difference in Roma employment, the TASR newswire wrote, quoting the IFP data. The female employment rate only amounts to 16 percent, compared to 26-percent male employment. The analysis ascribes this difference to the traditional division of roles in Roma households, with women often focusing on raising children and doing housework.

School results and bad tools contribute their share, too

IFP analysts identified the problem as the result of not only low qualifications and skills, but also poor school results.

“We can say that an environment of poor households with prevailing low educated parents significantly influences the school results of their children,” IFP’s analyst Slavomír Hidas told TASR.

The analysis showed relatively low support for Roma employment, or often being participants of ineffective programs.

Unemployed Roma are often supported by ineffective public employment programs. As many as 40 percent of unemployed Roma took part in activation works in villages and in the projects of self-governing regions last year. “This kind of program provides no relevant skills, however, and does not increase the chances of employment on an open labour market, either,” analysts warn, as cited by the newswire.

The analysis states that only little progress has been made in Roma integration in the labour market with their employment lagging behind the majority population for a long time.

“Therefore, it’s necessary to strengthen policies that support Roma integration in the labour market and in education.” IFP analysts say. “In this connection, international organisations also recommend Slovakia to improve monitoring and analytic tools in order to increase the effectiveness of these policies.”