Sensible policies would have urged more infrastructure spending in the south

We can not pretend that EU policies addressing southern Europe’s various liquidity and budgetary crises did not contribute to the collapsing infrastructure in southern Europe. 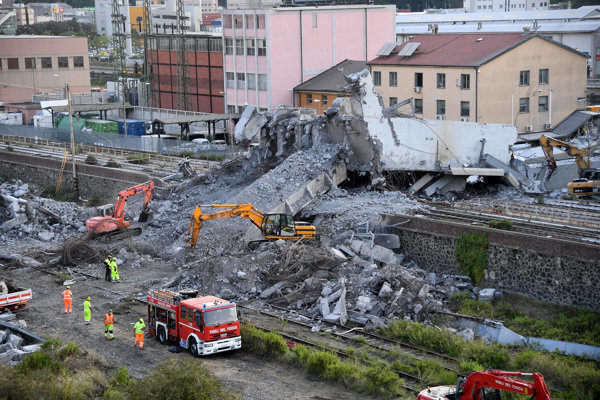 The casualties of Europe’s approach to recent years of economic troubles and debt in southern Europe have mostly remained impersonal and anonymous. We didn’t read much about the old Greek pensioner who was forced to chose between food and her medicine, nor the 1,000 Spanish suicides that occurred after someone was evicted from their home in 2010 alone. But events this week illustrate the deadly potential of austerity politics.

An estimated 40 people perished after a bridge collapsed near Genoa, Italy, and some 300 people were injured in Viga, Spain when a seaside boardwalk collapsed one day before. While local and national politicians in both places are busy blaming one another — and no doubt local political incompetence seems partly at fault — we can not pretend that EU policies addressing southern Europe’s various liquidity and budgetary crises did not contribute.